Wedding is a ritual that is common to all cultures of the world. In ancient times when there were royalties in India, royal weddings were an event that were celebrated with much pomp and show and commoners watched in bewilderment as they could not even imagine such grandeur in their lives. But since independence, when all princely states were merged with the union of India, weddings in India are only private affairs attended by relatives and friends. The recent marriage of the Prince William in England has made people wonder about the differences in a royal wedding and those that take place frequently in India. Let us take a closer look.

In India, whether a marriage is taking place in a common family or in any influential person’s family, the rituals that are performed at the time of actual ceremony remain the same and are observed in a very solemn manner. A pundit, who is supposed to be knowledgeable about these rituals, is invited to conduct the ceremony and a marriage is not complete until these rituals are performed by a pundit in presence of all the invited guests. Other sub events such as dinner, dancing along with the guests while going to the bride’s home, playing of band on road etc are not as solemn and are not considered to be essential.

A royal wedding, such as that took place in England recently is one occasion when the royalty can mingle with the commoners and in fact let people know that even the royalty is a part of the society and not someone who has come from above. Grandeur and pomp and show is only natural in such an occasion as this is a rare event that takes place rarely whereas Indian weddings are frequent and take place almost every day. A royal wedding is so important that people from all parts of the world are excited and curious to know what is happening and how, and so the entire ceremony was telecast live through internet and nearly a billion people watched it in their homes on computers. 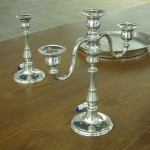 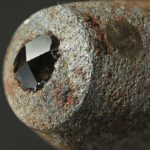