Jogging and running are ambulatory exercises that have myriad health benefits. Both bring many cardio benefits to our body and in general prevent many heart diseases. Jogging and running keep us fit and healthy. Running and jogging are so similar that when jogging becomes running is something hard to tell. For losing weight and improving upon one’s health, men and women have to undertake one or the other form of exercising, and running and jogging happen to be the easiest of all forms of exercises. This article attempts to highlight the differences between these two excellent forms of aerobic exercises with the benefits of both.

Running is a physical exercise that is ambulatory in nature and one that requires effort, as it is done at a much faster pace than plain walking. Today running has given birth to many sporting events that are competitive in nature. However, element of competitiveness is not a must for a person to be qualified as running. A police officer after a thief on the road is running; a deer chased by a panther is running, and kids in a class are running when asked to take part in a short race. Even a man in sport shoes moving at a fast pace on a road is said to be running.

Running could be casual as when one runs to derive health benefits or it could be moving ahead on a treadmill inside your home if the weather is bad. It could be competitive as when people run with others on racing tracks.

Of course, running is easily identifiable, and you can tell from the speed of a person if he is running or jogging or plain walking. When a person completes a mile in less than 8 minutes, he is universally regarded as running. Of course, there are many health benefits of running.

• Most of these benefits are in the form of help in losing weight as running burns calories at a very fast rate.

• Running tones our muscles and helps us in getting back into shape.

• Running is believed to increase the lifespan

When you want to get back into shape and feel that running is difficult for you and walking is simple but does not bring great benefits, jogging is the best alternative. Jogging is not just a relaxed way of running; it is much more than that. Jogging is running at a leisurely pace, but it brings great cardiovascular benefits to us. Transitioning from jogging to running is easier for those who dread running from the scratch. There is no standard definition of jogging. However, most experts agree that running at a speed slower than 6 miles per hour can be broadly classified as jogging. Jogging does burn calories but not that fast as is possible through running. It takes joggers much longer to burn the same amount of calories as runners. Jogging regularly is seen to help people both at physical, as well as mental levels, as they not only lose weight and get back into shape, they seem to have less anxiety and are much more relaxed.

• Jogging removes toxins from the body in the form of sweat

What is the difference between Running and Jogging?

Difference Between Health and Wealth

Difference Between Diet and Nutrition

Difference Between REM AND NREM 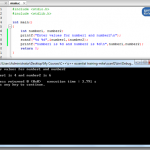 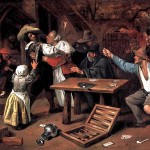