Passing one’s immovable property down to future generations is termed as succession and plays an important role in creating opportunities for new farmers (in rural areas) and new entrepreneurs in urban areas. Some sociologists talk about rural urban continuum to break away from the traditional rural urban divide but it is clear that as far as succession is concerned, there is a lot of difference in rural and urban areas. There are differences in occupations, environment, size of communities and the way interactions take place in rural and urban areas. Let us concentrate on succession in these two communities.

In the past few decades, as a result of advancement in means of transportation (they have become fast and easier) and communication (internet and mobiles), there has been a trend of mass migration from rural to urban areas. With fewer opportunities available in rural areas in terms of a better and improved lifestyle, more and more young people are heading towards cities, leaving behind their ancestral occupation of farming. This has created a dilemma for both administration as well as environmentalists as there is a marked change in rural succession process. How farmland is passed down to next generation to create a new set of farmers is a critical issue not just for the rural community but also for the rural urban continuum as continuous use of farmlands is essential and vital for the fulfillment of food requirements of urban population.

Talking about succession in urban areas, though there have been some changes in terms of apartments and shopping complexes being created out of ancestral properties, there is no cause for panic as there are no ecological or environmental changes being attempted. However, non use of farmlands is sure to raise alarm bells in governmental circles as it leads to changes in environment, ecology, and the food chain that is adversely affected.

There has been a lot of talk about rural succession these days as farmlands are being left unused instead of naturally passed down to next generations. This is because of a tendency of rural people to attempt a change in their occupation as they see more opportunities in other professions. More farmlands are being sold which is not good news for administration as it affects both ecology and environment apart from leading to shortage in the food chain. 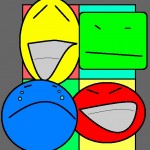 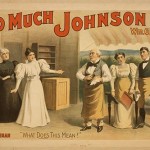 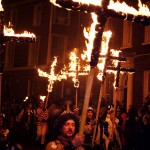