Samsung 3D TV and Panasonic 3D TV are two closely competing products in the 3D television market. For all 3D lovers, there is some good news as two bigwigs of Television manufacturers; Panasonic and Samsung are ready to continue their rivalry even in 3D. While Panasonic is coming up with 3D in plasma, it is LCD that Samsung is relying upon. What is the difference between Samsung 3D TV and Panasonic 3D TV and which one is better is the moot question. This article intends to highlight the features of both 3D TV’s with their pros and cons to let reader make a better and informed choice.

It is no secret that there has been a cold war going on between Samsung and Panasonic and slowly Samsung has created a niche for itself in plasma TV which was once considered to be a forte for Panasonic. As far as 3D technology is concerned, while Panasonic is providing a pair of glasses along with TV, user has to buy 3D glasses for Samsung. Panasonic 3D TV is 50” plasma with a price tag of $2500 while it is a 55”  Edge LED Back-lit LCD TV from Samsung priced at $2900.

Both TV’s give a good 3D effect with the viewer getting a feeling of depth, but this effect was broken continuously, especially when the camera moved quickly. This indeed is a dampener for the viewer. 3D effect breaks down because the brain cannot discern difference between blurry images. In fact, Samsung TV produced a ghost image which was also felt in Panasonic but to a lesser degree. There are issues of room light being turned on or off disturbing 3D viewing also. However, on the whole, 3D effect was satisfactory on both TV’s. The competition between the two brands is close, but Samsung emerges winner in 3D effect.

Whether the content was HD or standard, it is the choice of LCD technology that makes images produced by Samsung more vivid with vibrant colors. Even in brightly lit rooms, Samsung produced bright and sharp images with lower energy consumption. Panasonic’s choice of plasma technology means quality of viewing is superior but it is less energy efficient and is slightly more expensive than Samsung.

Samsung scores again in terms of superior and eye pleasing designing. Though looking casually, there does not appear to be much of a difference in the two TV’s, there is something appealing about Samsung that mesmerizes onlooker. Panasonic’s design is minimalist in nature with not a single ounce more flab than necessary.

Difference Between WiFi Ready and WiFi Built in Blu-ray players 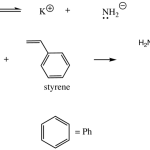