Sometimes it is difficult to understand the motives of some smartphone manufacturers. In fact, one needs to explore deep into technical and market research information to understand the rationale behind their portfolio. We came across one of those instances when we were caught off-guard as to why Samsung needed to release Ativ Odyssey when the Ativ S was an equal substitute per se. Looking into the technical details we found out that Ativ Odyssey is, in fact, a cut down version of Ativ S, but the rationale is including 4G LTE connectivity which makes it have a super-fast internet connectivity that its sibling fails to have. In the process of giving LTE to Odyssey; Samsung has downgraded the display panel and optics of the original Ativ S design while making some design amendments. We at differencebetween decided to compare these two and contrast their differences so that you can understand and determine what to buy. However, in the case of these two, your purchase decision is also affected by your geographical location because Samsung Ativ Odyssey is available in USA while Samsung Ativ S is available everywhere else. Let us make our case for these two smartphones and understand which can surpass which.

Samsung has gotten their hands on manufacturing another mid-range Windows Phone smartphone after their attempt on Ativ S. In fact, Samsung Ativ Odyssey is a lot like Ativ S, less some premium features despite the hefty name it has. It is powered by 1.5GHz Dual Core processor on top of Qualcomm Snapdragon S4 chipset with 1GB of RAM. It runs on Windows Phone 8 and can be considered to have fluid response. It has hard plastic back and sides with more round corners than its elder brother Ativ S. The internal storage is fixed at 8GB while you have the ability to expand it using microSD card up to 64GB. Samsung Ativ Odyssey has 4.0 inches Super AMOLED capacitive touchscreen display panel featuring a resolution of 480 x 800 pixels at a pixel density of 233ppi. Unfortunately, the display panel is rather pixelated at the low pixels per inch count although it won’t be a huge bother.

Samsung Ativ Odyssey features 4G LTE connectivity which is a good sign. In fact, this gives us hope that even the mid-range smartphones will feature 4G LTE in the recent future. It has both CDMA version and a GSM version depending on where you are. The Wi-Fi 802.11 a/b/g/n connectivity ensures that you stay connected continuously with the option to share your internet connection by hosting a Wi-Fi hotspot. The optics is at 5MP in the back camera with autofocus and LED flash and it can capture 1080p HD videos at 30 frames per second. It also has 1.2MP front camera that can capture 720p videos @ 30fps. Looking at the Odyssey, you feel that Samsung hasn’t given their premium appearance to this smartphone. In fact, it seems they haven’t tried to thin down the Odyssey which scores 10.9mm thickness. However it seems to have juice in the battery to fix you up for two days or so on standby given the 2100mAh battery.

This Windows Phone 8 smartphone feels good in your hands but lacks the striking looks of its competitors since Ativ S looks plain and simple. It is housed in a 137.2 x 70.5mm exterior with a thickness of 8.7mm. Samsung calls this form factor as “chic hairline design”. The 4.8 inches Super AMOLED capacitive touchscreen is present as would in any Samsung high end smartphone. It features a resolution of 1280 x 720 pixels at a pixel density of 306ppi and the screen in reinforced with Corning Gorilla glass to make it scratch resistant. Samsung followed their usual Android button and included a physical button in the bottom of the handset and two touch buttons on either side of it. Samsung has decided to market this product with a single color range featuring the Mystic Blue exterior with a brushed Aluminum back.

Samsung Ativ S is powered by 1.5GHz Krait Dual Core processor on top of Qualcomm MSM8960 Snapdragon S4 chipset with Adreno 225 GPU and 1GB of RAM. It runs on the Windows Phone 8. Following the usual aspects in a smartphone, Ativ S also has 8MP camera that can capture 1080p HD videos at 30 frames per second with 1.9MP front facing camera for video conferencing. The network connectivity is defined by HSDPA and hopefully Samsung will have 4G versions of the handset in the market soon. Ativ S also has Wi-Fi 802.11 b/g/n with DLNA and the ability to host a Wi-Fi hotspot to share your internet with your friends. Samsung also noticed that Ativ S supports sharing files through NFC which is a new feature introduced for Windows Phones. It comes with 16 and 32GB version with the support to expand the memory using microSD card up to 32GB. Samsung has been generous with Ativ S and included a beefy 2300mAh battery for prolonged usage times.

A Brief Comparison Between Samsung Ativ Odyssey and Ativ S

It is rather imminent that Samsung Ativ Odyssey was designed to be a slightly cheaper version of Samsung Ativ S. In fact, the specs on paper are almost similar between these two siblings. They share the same processor and the same operating system. However, Ativ Odyssey features 4G LTE connectivity which gives it an edge on network connectivity. To oppose that, Samsung Ativ S has a better display panel, better optics and a bulkier battery. Apparently their appearance is different, as well, where Samsung Ativ Odyssey has more rounded corners with a high thickness factor. Those are the facts we can present for these two smartphones and we leave out the decision for you because deciding between a coin toss like this is usually subjective, and we try to give out an objective comparison whenever possible.

Difference Between HTC Desire X and One S 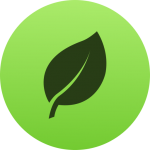 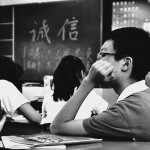