Though the battle for supremacy is going on unabated in 2G and 3G, major players are involved in a slugfest in 4G also. In fact with the focus now shifting to 4G (being considered as the future of mobile phones), there is intense competition in 4G segment as well with all electronic giants having their presence. While T-Mobile already has its presence through its popular model called myTouch 4G by HTC, Samsung has come up with another attractive smartphone named Droid Charge. Let us see how the two gadgets compare and if there are any differences.

Samsung, which already has more than mere presence in the 4G segment with its very popular Galaxy S 4G and Infuse 4G, has recently announced the arrival of its latest 4G smartphone Droid Charge to Verizon’s LTE network. Samsung has tried to make a 4G phone as thin and light as 3 G phones, and so, despite having a large battery, it has managed to

keep the weight of the phone down using an all plastic body.

Samsung has used Android 2.2 for Droid Charge which is packed with 1 GHz processor and has 512 MB RAM. The phone has a large 4.3 inch touch screen that gives a resolution of 480×800 pixels. Samsung uses its new super AMOLED plus screen that produces very bright images and vivid colors. It’s clear even in direct sunlight. The smartphone has 2 GB of internal storage with preloaded 32GB microSD card and the memory has can be expanded up to 32 GB with the help of micro SD cards. The phone is W-Fi 802.11b/g/n, GPS with A-GPS, HDMI, DLNA, and Bluetoothv3.0 with an HTML browser with full Adobe flash support. This makes surfing even media heavy sites smooth and seamless.

Droid Charge has a processor that is 4G enabled which results in blazing fast download and upload speeds. This means if you have to upload or down load even very heavy files, you can do it with ease and in little time.

Droid Charge has a rear camera of 8 MP that is auto focus with LED flash and can record HD videos in 720p. It also boasts of a secondary, front camera (1.3 MP) to make video calls and to take self portraits. Droid boasts of a powerful 1600 mAh battery to last for a full day even though one makes heavy use of the phone.

T-Mobile is a name to reckon with when it comes to providing cellular services in the country. It has been coming up with both 3G and 4G mobile handsets that have been very popular. Its first 4G phone is myTouch 4G (manufacture by HTC) that is second to none as far as features are concerned. It is coming after resounding success of G2 which is considered as the best 3G mobile from the company.

myTouch 4G is a premium handset, to say the least. It has features to put to shame some of the renowned smartphones in the market. To begin with, the dimensions of the phone are 121.9×5.9×10.9mm making it a sleek and slim looking smartphone. It weighs only 141.8g despite 4G capabilities.

The smartphone has a screen size of 3.8 inches which is not large to compete with monster sized phones, but the screen is TFT and is capacitive touch screen that produces a resolution of 480×800  pixels. The display is quite bright and clear. The phone has all the standard features of a smartphone such as accelerometer, proximity sensor, and a 3.5 mm audio jack at the top of the phone.

The phone runs on Android 2.2 Froyo, has a nice 1 GHz scorpion processor, and has a solid 768 MB RAM and 8GB microSD card apart from 4 GB ROM. The memory is expandable up to 32 GB using micro SD cards. myTouch 4G specs include Wi-Fi 802.1b/g/n, , DLNA, Bluetooth v2.1 with A2DP and A-GPS. The browser is HTML and surfing the net is fun with this smartphone.

myTouch is a dual camera device with a 5 MP rear camera that is auto focus allowing clicking in quick succession. It also has LED flash and is capable of recording HD videos in 720p. The secondary camera is a VGA one for making video calls. The phone has an FM radio as well. 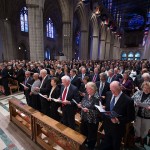 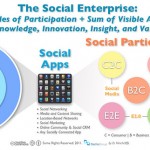