Exynos 4210 is a System-on-Chip (SoC) developed by Samsung, based on 32-bit RISC processor and it is specially designed for smartphones, tablet PCs, and Netbook markets. Samsung also claims that Exynos 4210 provides the world’s first native triple display. Tegra™ 2 is also a SoC, which is developed by Nvidia for mobile devices such as smart phones, personal digital assistants, and mobile Internet devices. Nvidia claims that Tegra 2 is the first mobile dual-core CPU and therefore it has extreme multitasking capabilities.

Exynos 4210 is a SoC developed for mobile devices and it delivers features like a CPU with dual-core capability, highest memory bandwidth, 1080p video decoding and encoding H/W, 3D graphics H/W and SATA/USB (i.e. high-speed interfaces). It is claimed that Exynos 4210 provides the world’s first native triple display, which delivers support simultaneously for WSVGA resolution of two main LCD displays and 1080p HDTV display throughout HDMI. This facility has been achieved through the capability of Exynos 4210 to support separate post processing pipelines. Exynos 4210 also uses the Cortex-A9 dual core CPU, which yields 6.4GB/s memory bandwidth that is suitable for heavy traffic operations such as 1080p video encoding and decoding, 3D graphics display and native triple display. By integrating IPs(Intellectual Properties) such as DDR3 interfaces that will prepare bit cross with DDR2 (world’s first), 8 channels of I2C for a variety of sensors, SATA2, the GPS baseband and a variety of USB derivatives, Exynos 4210 is able to lower its BOM (Bill of Materials). Furthermore, Exynos 4210 provides increased system performance through the support to industry’s first DDR based eMMC 4.4 interfaces.

What is the difference between Samsung Exynos 4210 and NVIDIA Tegra 2?

Exynos 4210 is a System-on-Chip (SoC) developed by Samsung while Tegra 2 is a SoC, developed by Nvidia. Exynos 4210 is the world’s first native triple display and provides support to industry’s first DDR based eMMC 4.4 interfaces. On the other hand, Tegra 2 is the 1st mobile dual-core CPU that has tremendous multitasking capabilities. When it comes to the performance, there had been GLBenchmark tests, which compare 3D acceleration performance between Samsung Galaxy S2 devices equipped with Exynos 4210 and Tegra 2. Exynos 4210 is paired with Mali-400 MP GPU while Tegra 2 is paired with a ULP GeForce GPU. GLBenchmark test does not show a clear winner of these two devices with the Tegra 2 SoC winning out in some benchmarks, and the Exynos 4210 winning out in others. Tegra 2 SoC is the more mature product when compared with Exynos 4210, thus contains more mature drivers than Exynos 4210. This could be the reason for some of the performance differences between the two devices. 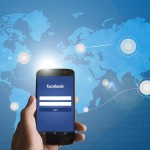 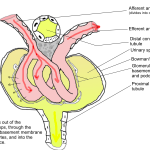