The saying comes as ‘The Jack of All Trades is Master of None’ but Samsung beg to differ that with their innovative product Samsung Galaxy Note. It is rather a difficult task to define what Galaxy Note is. It is a smartphone in one context, but it can even be considered as a mini tablet due to the enormously big touchscreen it has. After much debate, we decided to go with Galaxy Note as a smartphone. We don’t know the reason why Samsung came up with a 5.3 inches big screen, but we are sure there’s a lot of backing up in opinions behind that. We will make the justification further in this discussion. However, what we are going to compare the Galaxy Note against is a Tablet. To be correct, it’s a new Tablet from a new vendor to the handheld device market, Toshiba. Much reputed for their laptops, we can assume they will use the proprietary technology to good use with their debut Tablet, but then, it certainly does lack maturity and there will be a certain risk involved in investing. Samsung on the other hand, has the ardent reputation for handheld devices; specifically tablets and smartphones and thus, we can be sure that they will release a matured product that covers all the mistakes done by its predecessors which give Galaxy Note a distinct competitive advantage. Enough of macro comparisons let us move straight in to the details and find out which dominates which.

This beast of a phone in an enormous cover is just waiting to burst with its radiant power inside. At the first glance, you may wonder whether it’s a smartphone, for it scores 146.9 x 83 mm in dimensions. But this is as thick as Galaxy S II, scoring a mere 9.7mm and weighing 178g, which is quite hefty for a mobile phone while extra lighter for a tablet. The specialty of the Galaxy Note starts with the 5.3 inches HD Super AMOLED Capacitive touchscreen that comes in either Black or White flavored cover. It has a super resolution of 1280 x 800 pixels and a pixel density of 285ppi. These are not just numbers, to start with, my first PC monitor only supported up to a resolution of 480 x 640 pixels; and that was a big monitor. Now you have the true HD resolution in a 5.3 inches screen, and with the high pixel density it has, the screen guarantees to reproduce crystal clear images and crisp text that you can read even in the broad daylight. Not only that, but it also comes with the Corning Gorilla Glass reinforcement making the screen scratch resistant. Galaxy Note also introduces S Pen Stylus. It is simply a great addition if you have to take notes or even use your digital signature from your device.

Screen is not the only aspect for greatness in Galaxy Note. It comes with 1.4GHz ARM Cortex A9 dual core processor on top of Samsung Exynos chipset. It is backed up by a 1GB RAM and the whole set up runs on Android v2.3.5 Gingerbread. Even at a glance, this can be seen as a state of the art device with cutting edge specifications. In depth benchmarks have proved that heuristic assumption even better than we had anticipated. There is one shortcoming, which is the OS. We’d rather prefer if it is Android v4.0 IceCreamSandwich, but then, Samsung will be graceful enough to grant this magnificent mobile with an OS upgrade. It comes in either 16GB or 32GB storages while giving the option to expand using a microSD card.

Samsung hasn’t forgot the camera either for Galaxy Note comes with 8MP camera with LED flash and autofocus along with some additional features like touch focus, image stabilization and Geo-tagging with A-GPS. The camera can also capture 1080p HD videos @ 30 frames per second. It also has a 2MP front facing camera bundled with Bluetooth v3.0 for the delight of video callers. The Galaxy Note is ultra-fast in every context. It even features LTE 700 network connectivity for high speed internet along with Wi-Fi 802.11 a/b/g/n for continuous connectivity. It also facilitates to act as a wi-fi hotspot and the built-in DLNA enables you to stream rich media content to your big screen wirelessly. It also comes with a new set of sensors like Barometer sensor beside the normal accelerometer, proximity and Gyro sensors. It also has Near Field Communication support which is a great value addition. The best part of the Galaxy Note is the fact that it promises a talk time of 26 hours, yes you read it correct, 26 hours, which is really awesome for a battery of 2500mAh.

Announced in September 2011, we finally could get our hands on this beauty. It has two versions that come in two capacities. The Thrive is lightweight and easy to hold while it has a Gorgeous HD touchscreen; at least that’s how Toshiba identifies it, we will see whether we can justify the statement. As the name suggests, Thrive has a 7 inch LED backlit LCD Capacitive touchscreen with 16M colors. It produces a resolution of 1280 x 800 pixels and a pixel density of 216 ppi which is simply awesome. In Layman’s terms, this means that Thrive tablet produces high quality images and crisp text that you can read anywhere in any condition. It is indeed lightweight as Toshiba promises scoring a 400g. We also can relate to the fact that Thrive has a Gorgeous HD screen. It has dimensions of 189 x 128.1 x 11.9 mm which is quite good. It comes with a soft, slip resistant easy grip surface which is an element of comfort when you hold the tablet in one hand and play with it. Thus the Toshiba’s statement about Thrive 7 inch is not actually an overstatement.

Toshiba has included a 1GHz cortex A9 processor on top of NvidiaTegra 2 T20 chipset and a ULP GeForce GPU. The whole setup is boosted by the 1GB RAM it comes with. While this may sound frail for a tablet, it actually gives good performance benchmarks in popular tests. The Android v3.2 Honeycomb comes with the Thrive as the OS, but it’s a disappointment that Toshiba doesn’t promise the new upgrade of IceCreamSandwich for Thrive. Hopefully, Toshiba would come up with an upgrade soon. It comes in two capacities, namely 16 GB and 32 GB with the option to expand the storage with a microSD card. This can be an advantage in a device targeted at the entertainment market. If you’re a downright movie fan and wants to keep lots and lots of movies and media content in your tablet, Thrive 7 inch may serve your purpose very well.

Thrive only comes with Wi-Fi connectivity with 802.11 b/g/n and doesn’t feature GSM connectivity. This may affect the continuous connectivity since if there’s no Wi-Fi network to connect to, the user will have to suffer. But in any case, nowadays it’s easy to find Wi-Fi hotspots everywhere, so it’s not likely to be a major headache. Toshiba Thrive comes with a 5MP camera with autofocus and LED flash. This is quite a decent camera for a tablet and it also features 720p HD video capture @ 30 frames per second. The 2MP front camera bundled with the Bluetooth connectivity; it gives a delightful user experience for the video callers. The camera also has Geo-tagging feature with Assisted GPS. Thrive also has accelerometer sensor, Gyro sensor and a Compass. The HDMI port enables to stream rich media content easily. Besides that, it comes with generic Android features and some additional software like Toshiba Service Station and File Manager along with Kaspersky Tablet Security and Need for Speed Shift. Toshiba also promises a 6 hours of battery life which is moderate and acceptable.

Difference Between Samsung Galaxy Note and Galaxy Tab 7 Plus 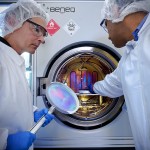 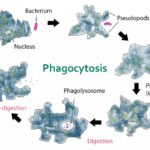 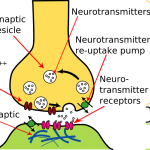