Samsung Galaxy S entered the smartphone market as the direct competitor to iPhone. It gave an alternative choice for the touch-screen smartphone buyers. Galaxy S is the first Samsung phone to carry a high speed 1 GHz Hummingbird Processor. It stands out as an amazing smartphone with many other weird features too.

Galaxy S has a slim and elegant plastic body that is only 9.9mm thick and it has got 4-inch SUPER AMOLED capacitive touch screen display with 480 x 800 pixels and MDNIe (Mobile Digital Natural Image engine). The camera is 5 megapixels and has some cool functions like high definition video recording at 720p, panorama shots, stop motion, layer reality browser and there is a 1.3 MP front facing VGA camera also for selected versions. The other features are 512 MB RAM, WI-Fi 802.11b/g/n, Bluetooth 3.0, USB 2.0, DLNA, and Radio FM with RDS etc. Galaxy S has two versions, Galaxy S 8GB and Galaxy S 16GB.

The difference between Galaxy S 8GB and 16GB is the internal storage capacity. Galaxy S 8GB has 8GB internal storage and Galaxy S 16GB has 16GB storage. For normal functionality 8GB is sufficiently enough but if you want to store more songs and videos you may need 16GB storage. Storage is money thus 16GB Galaxy is expensive than 8 GB Galaxy. What ever said and done, human mind always think that rather buying 8GB, better to buy 16GB but end of the day it will not be used. So it all depends only on individual need. So individual only could decide which one to go. 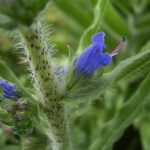 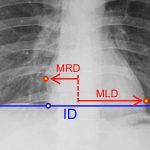