Samsung and Motorola have been rivals for a long time now, and both of the manufactures are using cutting edge technologies mixed with their own unique design features to appeal to the market and increase their share. Galaxy Skyrocket and Atrix 2 are such two giants. Both of these smartphones are state of the art computing machines and killer phones in Layman’s terms. Having one on your hand feels so good that you forget its primary functionality is to make calls. Both phones are available from November onwards at AT&T, but Motorola Atrix 2 is offered with a substantially low price tag while the price of the Skyrocket has actually skyrocketed. These two giants have a subtle resemblance to each other inside and out. Without further ado, let’s get into the macro view of both phones.

As the name suggests, Samsung has released the next version of its legendary Android smartphone Galaxy. Skyrocket has the same look and feel of the previous members of the family and almost the same dimensions of 129.8 x 68.8 x 9.5mm. Smartphone manufacturers are thriving to produce thinner and thinner phones, and this is a nice addition to that. But Samsung has made sure to keep the level of comfort intact. The battery cover of the Skyrocket is ultra-smooth though, which makes it prone to slip through the fingers. It has a 4.5 inches gigantic Super AMOLED Plus Capacitive touchscreen featuring a resolution of 480 x 800 pixels with a relatively low pixel density of 207ppi which means the crispness of the image would not be as good as Atrix 2, but it is extremely bright with vivid colors. Skyrocket has a 1.5GHz Qualcomm APQ8060 (Snapdragon S3) dual core processor which is the best, one can have in the current market. As predicted, the performance is boosted by the 1GB RAM and storage of 16GB which can be expanded using a microSD card.

Skyrocket comes with an 8MP camera following members of the Galaxy family and it can record 1080p HD videos @30 frames per second. It also promotes the video chat with the 2MP front camera along with Bluetooth v3.0 HS for ease of use. Galaxy II showcases the new Android v2.3.5 Gingerbread which is promising while it is capable to enjoy the LTE network of AT&T for fast internet access using built in Android browser with HTML5 and flash support. It also comes with Wi-Fi 802.11 a/b/g/n enabling it to access the Wi-Fi networks as well as act as a Wi-Fi hotspot. Samsung has not forgotten A-GPS support together with the unmatchable Google maps support enabling the phone to be a powerful GPS device. It also supports Geo-tagging feature for the camera. Like most of the smartphones nowadays, it comes with an active noise cancellation with dedicated mic, microUSB v2.0 for fast data transfer, Near Field Communication support, and 1080p playback of videos. Samsung also introduces a Gyroscope sensor for Skyrocket which is a new feature for Galaxy family. Samsung Galaxy Skyrocket promises a 7h of talk time with 1850mAh battery which is brilliant compared to its screen size.

Motorola Atrix 2 comes as a main competitor to Skyrocket, and the attraction is that it is also offered at a low price tag. The screen size is almost similar to that of skyrocket been of 4.3inches Super AMOLED Plus Capacitive touchscreen, but Atrix 2 excels in producing a higher resolution of 540 x 960 pixels with a 256ppi pixel density which enables it to display crisp and sharp images. It has a 1GHz ARM Cortex-A9 dual core processor with TI OMAP 4430 chipset which is a little disadvantageous compared to Skyrocket. The performance boost is achieved with a 1GB RAM and Atrix 2 comes with 8GB internal storage that can be expanded up to 32GB. It comfortably enjoys fast internet browsing with latest 4G infrastructure of AT&T with HTML5 and flash support in the built in Android browser. The Wi-Fi 802.11 a/b/g/n connectivity ensures that the Atrix can connect to Wi-Fi hotspots and serve as a Wi-Fi hotspot.

Atrix 2 comes with 8MP camera that can record HD videos in 1080p @ 24 frames per second and with the A-GPS support, Geo-tagging is also enabled. It has dimensions of 126 x 66 x 10mm while not been the thinnest phone on the market, it still feels good in the hand and it’s built convinces the phone to be high end and expensive. It also comes with Active noise cancellation with dedicated mic and 1080p HD video playback but what makes it different is the HDMI port in Atrix 2. Having a 1785mAh battery, Atrix 2 promises a talk time of 8.9 hrs, which is really good.

While Samsung Galaxy II Skyrocket is unbeatable, Atrix 2 provides a promising all round high-end smartphone for any average customer. Motorola Atrix 2 would be the ideal bargain for price and would be a great phone for you if you don’t look for the best phone on the market.

Difference Between Motorola Atrix and Atrix 2 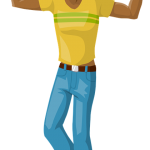 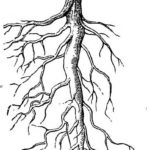