Samsung released a miniature version of the flagship product Galaxy S III yesterday. It was only four months back when they released Samsung Galaxy S III and release of a mini version of it now can only emphasize that Samsung somehow finds the smartphone unfit for a limited audience. We were able to deduce a limited audience because it is said that Samsung will not mass market this smartphone like the much hyped Galaxy devices. Instead, it is intended to the customers who are satisfied with a mid-range of performance with a handset that can comfortably fit in their hands. Looking at the two smartphones, it is clearly visible that Samsung has kept the same form factor and the button layout. The pebble curvy edges and other design features from Galaxy S III are also intact in Galaxy S III Mini. However, Samsung has changed the screen size to a much smaller version.

According to the reports, this is what Samsung researchers have found subsequently after the release of their legendary Samsung Galaxy S III. This miniature handset is not prosaic by all means, but it doesn’t stand out from the flock either. Just because it has the Galaxy S tag embedded in doesn’t mean it would sell itself. We can only verify Samsung researchers’ claim after we get the sales records of the Galaxy S III Mini in the time to come. Our initial observations suggest that Galaxy S III Mini is egregious compared to the conventional Galaxy S family which Samsung will have to compensate by advertising or any other means necessary. Let us take a look at this miniature version and compare it to the original version where it was inspired from.

Samsung Galaxy S III Mini is powered by 1GHz Dual Core processor and the chipset is said to be NovaThor U8420 which is doubtful. The specifics about the chipset haven’t been revealed, so we still need some more information to make a sound comparison. It will have 1GB of RAM and with the hands on we got, it seemed fluid and seamless so the GPU should be good as well. It runs on the latest Android operating System Android OS v4.1 Jelly Bean which is the same as Galaxy S III. The camera has been slightly degraded in to 5MP optics with autofocus and LED flash and only 720p HD video recording is supported at 30 frames per second. The secondary VGA camera can be used for video conferencing. As per connectivity options, Galaxy S III Mini doesn’t offer 4G LTE connectivity as its elder brother. Instead you will have to suffice with 3G HSDPA connectivity along with Wi-Fi 802.11 a/b/g/n for continuous connectivity. The usual perks with the Wi-Fi adapter is there which are DLNA capability, Wi-Fi Direct and the ability to host a Wi-Fi hotspot to share your internet connectivity. The internal storage stagnates at 16GB fortunately with the ability to expand the storage using microSD card up to 32GB. The battery offered with this device is rather small at 1500mAh and we are waiting for the information on battery life statistics yet. The price is rumored to be 400 to 420 euros at the point of release although we weren’t able to verify this.

I think we indicated our conclusion when we introduced this new miniature version of the Samsung Galaxy S III. As Samsung words it, this version is for the users who wanted the same phone design as of Galaxy S III in a smaller form factor and who is satisfied with mid-level performance. Hence if this is you, then Samsung Galaxy S III Mini would be your call. We have no credible information about the price its offered, but if it appears to be around 400 euros as rumored, then my personal opinion would be highly against buying this superseding the 480 euro powerhouse Samsung Galaxy S III. Thus the choice is entirely yours on this one because we are not impartial here. 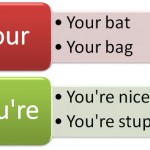 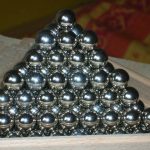