When you expect a new version of a product, it’s generic to expect it with an upgrade. A carefully planned version upgrade means an appeal to a niche market with a product that suits them more. Looking at the newly announced Samsung Galaxy Tab 2.0 line-up gets us wonder about their motivation of these version 2 products. The only logical explanation is that Samsung is trying to appeal the general public with a cheaper version of the same tablet that has been there in the market before.

Samsung Galaxy Tab 2 versions are almost identical to their predecessors except for the upgraded operating system. The product we are going to compare with the Galaxy Tab 2 (10.1) is Samsung Galaxy Note 10.1, which is also based on a new feature. The Galaxy Note series comes with an S-Pen stylus, which the user can use to scribble on their screens, and that will play high stakes in time to come at the corporate environment.

Samsung Galaxy Tab 2 (10.1) is essentially the same as Samsung Galaxy Tab 10.1 with some minor improvements. It has the same hulk of the same dimensions scoring 256.6 x 175.3mm, but Samsung has made Tab 2 (10.1) slightly thicker at 9.7mm and somewhat heavier at 588g. It has 10.1 PLS TFT capacitive touchscreen display that features a resolution of 1280 x 800 pixels at a pixel density of 149ppi. The Corning Gorilla Glass surface makes sure the screen is scratch resistant. This slate is powered by 1GHz ARM Cortex A9 dual core processor with 1GB of RAM and runs on Android OS v4.0 ICS. As you have already gathered, this isn’t the top notch configuration available in the market, but it won’t give you any trouble whatsoever since the processing power is enough to get you through any average rough edge you have in mind.

Tab 2 series come with the HSDPA connectivity and Wi-Fi 802.11 a/b/g/n for continuous connectivity. It can also host a wi-fi hotspot and wirelessly stream rich media content to your Smart TV with built in DLNA capability. Samsung has been gracious to grant Galaxy Tab 2 (10.1) with 3.15MP camera with autofocus and LED flash that can capture 1080p HD videos. There is also a VGA front camera for the purpose of video calls. The tab has 16GB and 32GB variants of internal storage while having the option to expand the storage using a microSD card up to 32GB. Although we don’t have statistics of the battery usage, we can assume the slate would stay alive for more than 6 hours straight as the minimum with the 7000mAh battery.

We can start this review by saying that this is more or less the same tablet as Samsung Galaxy Tab 2 (10.1) with some improvements and the S-Pen stylus. The Galaxy Note 10.1 is powered by 1.4GHz dual core processor and 1GB of RAM. It does sound old school with the Quad core tablets out there in the market, but rest assured, this is one beast of a tablet. Android OS 4.0 ICS is the operating system, and it really does justice to this tablet. It has 10.1 inches PLS TFT capacitive touchscreen featuring a resolution of 1280 x 720 pixels at a pixel density of 149ppi. It perfectly resembles Galaxy Tab 10.1 with the same outline and build quality, same dimensions and same colors. The display panel and resolution are the same, as well. The curved edges enable you to hold on to this device for prolonged periods of time and they equally make it comfortable when writing with the S-Pen Stylus.

Unfortunately, Samsung Galaxy Note 10.1 is not a GSM device, so you won’t be able to make calls from it. However, Samsung has enabled it to connect via HSDPA and EDGE, so you can always stay in touch. As a precaution, Wi-Fi 802.11 a/b/g/n is also included, and it can also act as a wi-fi hotspot and share your internet connection with friends. This handset comes with three storage options, 16GB, 32GB and 64GB with the option to expand the storage using a microSD card. It has 3.15MP rear camera with autofocus and LED flash and a 2MP front camera bundled together with Bluetooth v3.0 for video conferencing. The camera can capture 1080p HD videos at 30 frames per second and it also has Geo tagging with Assisted GPS. The advantage of the S-Pen stylus is imminent in the preloaded applications like Adobe Photoshop Touch and Ideas. The slate has both GPS and GLONASS and comes with Microsoft Exchange ActiveSync and on device encryption along with Cisco VPN capability for the use of a businessperson. In addition, it has the normal features of an Android tablet and comes with a 7000mAh battery, so we are assuming it would score a battery life of 9 hours or more like the Galaxy Tab 10.1.

I’ll be brief on the conclusion because these two slates couldn’t have been more similar. The only apparent difference I can see is in the processor. The Samsung Galaxy Note 10.1 has a processor that is clocked at a higher rate than the latter, yet it’s the same processor on top of what we assume to be the same chipset. This means, there won’t be much difference in the performance although the high clocked processor would handle the load more conveniently without any lag at all. Other than that, you can specifically zero on to Samsung Galaxy Note if you want to scribble on your tablet for the purpose of taking down any kind of note. The introduction of the S-Pen stylus has been a good addition, as with that Samsung can easily approach the busy business personnel and corporate executives who want to get things done on the fly. It would be a valuable addition for students, as well. That been said, I wish I could expect these to come at the same price ranges, but I don’t think that would be the case. Samsung Galaxy Note 10.1 would tend to be of a higher price range, so you would want to take that into consideration as well when you make the purchasing decision. 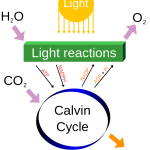 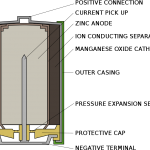 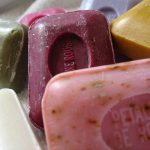 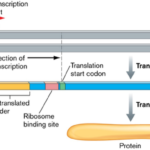 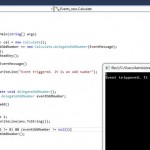