The devices we usually pick to compare against one another are either new or the best in their class so that we can compare them against a specific benchmark. We are interested in new devices because they are including interesting advances from all the technological fields and going through them is one great way to understand where technology is going. On the contrary, industry established best in their class products act as benchmarks for our comparisons so that we can visualize how the industry has grown over the time. From time to time, we also tend to compare devices that fit in to different criterion, as well. In any case today we are going to compare a latter with the former. Apple iPad 4 can be considered as a benchmarking device because it is considered as one of the best tablets in the market while Samsung Galaxy Tab 3 10.1 qualifies to be a newly released device. They also have the hardware elements of the same generation which makes them an attractive and interesting comparison. Let us dive in and see how they perform against one another.

From time to time, Samsung embarks themselves in strange experiments involving strange products. Some of those products come out to be stellar attractions while some go unnoticed by the majority of consumers. We can’t fathom which category would Samsung Galaxy Tab 3 10.1 fall in to, but it doesn’t fit in to the specs of the modern age tablets. However, it is peculiar because Galaxy Tab 3 10.1 is the next version of their Tab 2, which is their main Android tablet line apart from Galaxy Note 10.1. So one would think it’s logical to come up with a good tablet with futuristic performance but that just isn’t Tab 3 10.1. From this point onwards, I’ll identify Galaxy Tab 3 10.1 as just Galaxy Tab. Samsung has shifted the processor of the tablet from Qualcomm variants to Intel Atom by powering this device using 1.6GHz dual core Intel Atom processor on top of Intel Atom Z 2560 chipset along with PowerVR SGX 544MP2 GPU and 1GB of RAM. It was announced in June this year so as you’ve guessed, runs on Android 4.2.2 Jelly Bean, which is the latest Android OS build. It feels relatively smooth although there is a noticeable lag when multitasking that can be attributed to the 1GB of RAM included. The GPU is pretty decent although not top of the line. All in all, apart from the OS, the hardware elements seem pre 2013.

Samsung Galaxy Tab has 10.1 inches TFT capacitive touchscreen display panel featuring a resolution of 1280 x 800 pixels at a pixel density of 149 ppi. The display panel is not that bad, but the TFT display is not as vibrant as the Samsung’s super AMOLED. Samsung has included the TouchWiz UX UI which is consistent throughout all the Samsung devices and makes the shift from one to another so seamlessly easy. Galaxy Tab has 3.2MP camera at its back that can capture 720p videos at 30 frames per second. It neither has the mega pixels nor the frame rate required in a modern tablet camera although it manages to pull of an ok job. The 1.3MP front camera can be used for video conferencing.

The silver lining in Samsung Galaxy Tab is the 4G LTE connectivity which offers super-fast internet at your fingertips. Wi-Fi 802.11 a/b/g/n ensures continuous connectivity while enabling you to host Wi-Fi hotspots easily to share your super-fast internet connection with your friends. Although the internal storage stagnates at 16 GB or 32 GB, the ability to expand capacity using microSD card negates that. Samsung Galaxy Tab uses a micro SIM and has 6800mAh non removable battery. This would provide the tablet quite a lot of juice, but the Intel Atom can drain your battery pretty fast too. The overall look and feel is much nicer than the previous models though, with a reduced bezel, Galaxy Tab 3 feels a lot sturdier than before and a pleasure to hold in your hand.

We lost the iPad numbering sometime back when Apple decided to call their Apple iPad 3 as new Apple iPad, and they also release subsequent updates under different versions. Right now, the official website just identifies the current version as Apple iPad Retina Display although, in our count, this is major Apple iPad 4. So here onwards, we’ll call the current version as Apple iPad 4 and start this review on that. Apple iPad 4 is powered by 1.4GHz Dual Core processor on top of Apple A6X chipset along with PowerVR SGX 554MP4 Quad Core graphics and 1GB of RAM. It runs on Apple iOS 6 and is upgradable to 6.1.3 while there is a planned upgrade to iOS 7. As you can see, all these specs are currently at the top of the Apple spectrum although it’s almost 10 months since they last released their iPad, so we are expecting a new release soon. Needless to say, iPad 4 has seamless synchronization between the OS and the hardware elements enabling it to do everything smoothly and elegantly. It looks premium as ever with its unique black and white varieties. It has 9.7 inches LED backlit IPS LCD capacitive touchscreen display panel featuring a resolution of 2048 x1536 pixels at a pixel density of 264 ppi. The display panel is scratch resistant glass with oleophobic coating to resist the fingerprints. The IPS display panel has deep blacks and vibrant colors, which is simply marvelous to look at.

Apple iPad 4 comes with 4G LTE connectivity in both CDMA and GSM versions of the device with different bands. It offers super-fast connectivity but at the same time effortlessly degrade the connection when your reception is not strong. Wi-Fi 802.11 a/b/g/n ensures continuous connectivity with dual band and enables the user to set up their own Wi-Fi hotspot easily. The iPad 4 comes with different storage options ranging from 16 GB to 128 GB without the option to expand the capacity using microSD card. Apple has enclosed 5MP camera at the back that is capable of capturing 1080p HD videos @ 30 frames per second with video stabilization and face detection. The 1.2MP front facing camera can be used for video conferencing on FaceTime.

If you put the previous generations of Apple iPads against iPad 4 on the same table, you’ll see that they all look alike and consistent with slight changes to the outlook. When considering the hardware aspects, they upgrade the hardware elements annually to match that of the sentiments in the current iteration of the industry. So rather than saying Apple iPad 4, this is actually an overhauled version of Apple new iPad or Apple iPad 3 as most put it.

A Brief Comparison Between Samsung Galaxy Tab 3 10.1 and Apple iPad 4

When an Apple device and an Android device are compared, usually the Android device features the cutting edge hardware specs while Apple device tend to feature moderate hardware elements. However, this doesn’t cripple the Apple device because everything is done in-house and the operating system and the hardware elements synchronize seamlessly to create a spectacular user experience which is what Apple is famous for. However, in this scenario, one can see that the Android device has almost the same moderate hardware elements as the Apple device which makes us wonder what’s going on. To add to that point, we are seeing this discrepancy between an Apple device released almost 10 months ago vs an Android device that was revealed only last month. So to sum it up, Samsung has released a sequel to their tablet line up with pre 2013 hardware elements at a steep price point which in my book doesn’t seem like a stellar attraction. We have to observe the market figures and analyze, in order to ascertain that but, if I were you, I’d go for the Apple iPad 4 if I wasn’t biased towards having more control over my own device. Even then, you may want to postpone your purchasing decision until you go to the shop and inspect both of these devices on your hand and pick the one you like. 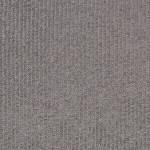