Innovation happens through competition. Whenever a certain market is highly competitive, innovation dominates at its highest. This is exactly what’s happening in the handheld device market. Every day we see new technologies being merged with products, to yield cutting-edge designs. Every day we see a new vendor trying to acquire market share with a new concept. Every day we see existing vendors trying very hard to develop a better concept to keep their market steady. All this makes the product to be highly competitive and innovative. What we are going to compare today is two instances of such competition.

Samsung has been in the Tablet market for some time and have been giving a good competition to iPad. Thus, it is mature in the market, in any context. On the other hand, Toshiba is just entering this niche market although it is long known for its reputed laptops. Samsung Galaxy Tab 7 Plus is the new tab in the corner from Samsung while Toshiba Thrive 7 is the new tab from the new vendor in the corner. We will have to evaluate the pros and cons of both in order to determine what’s best. However, at a glance, in terms of maturity, Samsung Galaxy Tab 7.0 Plus definitely excels while, in terms of performance, both tablets are equally good. The only way we can differentiate them is to look at the micro details of them.

A year back, Samsung released the original Galaxy Tab 7 that resembles the Galaxy Tab 7 Plus in many ways. Unfortunately, it wasn’t that much of a success due to certain reasons like the weight, the OS and the price tag it came with. Samsung has made sure that it has compensated these key fallbacks in Samsung Galaxy Tab 7 Plus. It’s been offered for a price of $400 and has the tablet friendly OS Android v3.2 Honeycomb. It has also made it lighter and smaller. Galaxy Tab 7 Plus comes with a Metallic Gray color and is intended to be used in the portrait orientation. It has a pleasing look, and you can hold the tablet in one hand and comfortably use it. Galaxy Tab 7 Plus scores 193.7 x 122.4 mm and a thickness of 9.9mm which is quite good. It only weighs 345g and beats the rest of the tablets in the range.

Galaxy Tab 7 Plus features a 7.0 inch PLS LCD Capacitive touchscreen with 16M colors. It has a resolution of 1024 x 600 pixels and a pixel density of 170ppi. While the resolution could have been better, the screen is actually a pleasant combination by Samsung which tolerates even extreme viewing angles. It comes with a 1.2GHz Samsung Exynos dual core processor paired with a 1GB RAM that gives quite the turbulent performance to the tablet. The tablet friendlier Android v3.2 Honeycomb binds the hardware together to yield a great user experience. It comes in two storage capacities of 16 and 32GB. The option to expand the memory by using a microSD card slot is also an important factor. Rather surprisingly, Samsung Galaxy Tab 7 Plus only comes with a 3.15MP camera that has LED flash and autofocus. It has Geo-tagging with Assisted GPS as well as 720p HD video capturing which are acceptable. To the delight of the video call fans, it comes with a 2MP camera in the front, as well. The fallback is that, this is really not a mobile phone and the version we are discussing does not feature GSM connectivity. So in order to use that, we need the use of Skype or such kind of software over Wi-Fi connectivity 802.11 b/g/n. It can also act as a Wi-Fi hotspot which can come in handy. The Bluetooth v3.0 connectivity is the state of the art and is much appreciated.

Been an Android device, it comes with all the generic Android applications and some modification is added to the user interface by Samsung featuring their TouchWizUX UI. It has accelerometer sensor, Gyro sensor, proximity sensor as well as a digital compass. Galaxy Tab 7 Plus has a 4000mAh battery, which promises a life of 8 hours on moderate usage. While 8 hours seems a bit less, comparing to the similar tablets, rather it is a good score.

Announced in September 2011, we finally could get our hands on this beauty. It has two versions that come in two capacities. The Thrive is lightweight and easy to hold while it has a Gorgeous HD touchscreen; at least that’s how Toshiba identifies it. We will see whether we can justify the statement. As the name suggests, Thrive has a 7 inch LED backlit LCD Capacitive touchscreen with 16M colors. It produces a resolution of 1280 x 800 pixels and a pixel density of 216 ppi, which is simply awesome. In Layman’s terms, this means that Thrive tablet produces high quality images and crisp text that you can read anywhere in any condition. It is indeed lightweight as Toshiba promises to score a 400g. We also can relate to the fact that Thrive has a Gorgeous HD screen. It has dimensions of 189 x 128.1 x 11.9 mm which is quite good. It comes with a soft, slip resistant, easy grip surface, which is an element of comfort when you hold the tablet in one hand and play with it. Thus, the Toshiba’s statement about Thrive 7 inch is not actually an overstatement.

Toshiba has included a 1GHz cortex A9 processor on top of Nvidia Tegra 2 T20 chipset and a ULP GeForce GPU. The whole setup is boosted by the 1GB RAM it comes with. While this may sound frail for a tablet, it actually gives good performance benchmarks in popular tests. The Android v3.2 Honeycomb comes with the Thrive as the OS, but it’s a disappointment that Toshiba doesn’t promise the new upgrade of IceCreamSandwich for Thrive. Hopefully, Toshiba would come up with an upgrade soon. It comes in two capacities, namely 16 GB and 32 GB with the option to expand the storage with a microSD card. This can be an advantage in a device targeted at the entertainment market. If you’re a downright movie fan and wants to keep lots and lots of movies and media content in your tablet, Thrive 7 inch may serve your purpose very well.

Thrive only comes with Wi-Fi connectivity with 802.11 b/g/n and does not feature GSM connectivity. This may affect the continuous connectivity since if there’s no Wi-Fi network to connect to, the user will have to suffer. But in any case, nowadays it’s easy to find Wi-Fi hotspots everywhere, so it’s not likely to be a major headache. Toshiba Thrive comes with a 5MP camera with autofocus and LED flash. This is quite a decent camera for a tablet, and it also features 720p HD video capture @ 30 frames per second. The 2MP front camera bundled with the Bluetooth connectivity; it gives a delightful user experience for the video callers. The camera also has Geo-tagging feature with Assisted GPS. Thrive also has accelerometer sensor, Gyro sensor and a Compass. The HDMI port enables to stream rich media content easily. Besides that, it comes with generic Android features and some additional software like Toshiba Service Station and File Manager along with Kaspersky Tablet Security and Need for Speed Shift. Toshiba also promises a 6 hours of battery life which is moderate and acceptable.

At the start, we mentioned that Samsung’s earlier version of 7 inch tab wasn’t quite the hit in the market. Samsung following the same step again might raise some doubts, but we can assure you, this tablet is actually different. It has a lower price tag and improved performance. It also has the maturity its brothers have which is a governing factor. While defining the market for this device is not an easy task, we can safely say that vendors are following Samsung’s lead on 7 inch tablets. The best example is Toshiba’s debut Thrive 7 inch. After the comparison we’ve made, on the context of performance, Samsung beats Toshiba, fair and square. Even on other terms like battery life, ease of use, extendibility, battery life and connectivity, Samsung Galaxy 7 Plus dominates over Thrive. However, in areas like Camera, Thrive certainly excels. In addition, Thrive comes under a cheaper price tag than Samsung Galaxy 7 Plus. So considering all these facts, we are ready with our verdict. If you’re looking for high-end tablet with a low price tag, you can go for Toshiba Thrive. If you indeed want to keep in contact with the latest cutting edge technology and fame, Samsung Galaxy 7 Plus is your man.

Difference Between Huawei MediaPad and iPad 2

Difference Between Mobile and Tablet 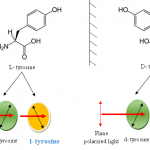 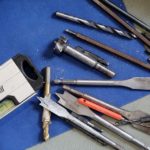 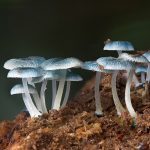