Samsung is to launch a new tablet named Galaxy Tab 7.7 at the IFA in Berlin on 1st September.  Unlike the Galaxy Tab 10.1, which has a patent issue with Apple iPad 2, Tab 7.7 is a 7 inch tablet like the first Galaxy Tab, and is reported to feature an improved super AMOLED HD display. It will run Android 3.1 Honeycomb. And we can hope for a dual core processor too.

Motorola Xoom is the first Android Honeycomb tablet released by Motorola in early 2011. Motorola Xoom tablet was initially released to the market with Honeycomb (Android 3.0) installed. The Wi-Fi version as well as the Verizon branded versions of the tablet support Android 3.1, making Motorola Xoom one of the very first tablets to run Android 3.1.

Motorola Xoom boasts a 10.1 inch light responsive display with 1280 x 800 screen resolution. The Xoom has a multi touch screen, and a virtual keypad is available in Portrait and landscape mode. The Xoom is designed more for landscape mode use. However, both landscape and portrait modes are supported. The screen is impressively responsive. Input can be given as voice commands as well. In addition to all above, Motorola Xoom includes a compass, a gyroscope (to calculate orientation and proximity), a magnetometer (measure strength and direction of magnetic field), a 3 axis accelerometer, a light sensor, and a barometer. Motorola Xoom has a 1 GB RAM and 32 GB internal storage and 1 GHz dual core processor.

With Android 3.0 on board Motorola Xoom provide 5 customizable home screens. All these home screens can be navigated with a touch of a finger, and shortcuts and widgets can be added and removed. Unlike earlier versions of Android, the battery indicator, clock, signal strength indicator and notifications are at the very bottom of the screen. All applications can be accessed using the newly introduced icon at the top right hand corner of the home screen.

A completely re-designed Gmail client is available with Motorola Xoom. The interface is loaded with many UI components, and it’s far from simple. However, users can also configure Email accounts based on POP, IMAP. Google talk is available as the instant messaging application for Motorola Xoom. Though, the video quality of the Google talk video chat is not of the best quality, the traffic is well managed.

Motorola Xoom includes the Music application redesigned for Honeycomb. The interface is aligned with the 3D feel of the android version. Music can be categorized by artist and album. Navigation through albums is easy and very interactive.

Motorola Xoom supports up to 720p video play back. The tablet reports an average 9 hour battery life, while looping a video and browsing web. A native YouTube application is also available with Motorola Xoom. A 3D effect with a wall of videos is presented to users. Android Honeycomb finally presents video editing software named “Movie Studio”. Though, many are not very impressed with the performance of the software it was a much needed addition to the tablet OS. Motorola Xoom has a 5 mega pixel camera with an LED flash at the back of the device. The camera gives good quality images and video. The front facing 2 mega pixel camera can be used as a web cam and gives standard quality images for its specifications. Adobe Flash player 10 comes installed with Android.

The web browser available with Motorola Xoom is reportedly good in performance. It allows tabbed browsing, chrome bookmark sync and incognito mode. Web pages will be loaded and quickly and efficiently. But there will be occasions the browser will be recognized as an Android Phone.

Difference Between VoIP and Skype 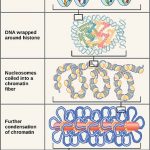 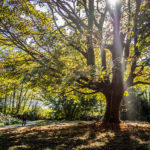