After a high of a smartphone as stunning as Galaxy S II, the Korean giant really deserves a rest but it is not the one to sit on laurels earned. It recently unveiled a watered down version in its popular Galaxy series, calling it Galaxy Z. The plan is obviously to make available full Android experience to new smartphone buyers at an affordable price. Let us make a quick comparison between Galaxy Z and its famous sibling Galaxy S II to find out their differences.

If you have been mesmerized by the looks and performance of Galaxy S II but do not have the moolah to go for it, Samsung have tried their bit to come up with a smartphone to provide almost the same performance with some compromise on features in the shape of Galaxy Z. Do you aspire a 4.2 inch touch screen with a dual core processor and a superb camera at an affordable price? Take a bow at Samsung’s mastery as they have tried to give all this and more in Galaxy Z.

To begin with, Galaxy Z has dimensions of 125×66.1×9.5 mm and weighs just 135 g. It is a 3G smartphone in GSM that provides great HSPA speeds. It has a candy bar form factor with a monster 4.2 inch super LCD touch screen that provides 16 M colors in a high resolution of 480×800 pixels. It runs on Android 2.3 Gingerbread with a 1 GHz dual core Tegra 2 processor (ARM Cortex A9 CPU with GE Force GPU). It is packed with 1 GB of RAM and 2 GB of ROM with 8 GB onboard storage. Equipped with all standard smartphone features, the phone seamlessly glides on legendary TouchWiz UI of Samsung.

One hell of a smartphone, Galaxy S II makes you fall in love with it through sheer performance and looks. The spec sheet of Galaxy S II has some of the best to date features. To begin with, Galaxy S II has dimensions of 125.3×66.1×8.5mm making it one of the slimmest smartphones around, and it also weighs just 116g, making it extra light and handy.

You will fall in love with the display of Galaxy S II. It is not just because of its large size (4.3 inch) but because of the display that produces 480×800 pixels resolution on a super AMOLED plus touch screen. The use of Gorilla Glass display makes it scratch resistant, and with touch sensitive controls and multi touch input method, you just cannot ask for a better phone. It has all standard features of a smartphone such as accelerometer, gyroscope, and proximity sensor along with a ubiquitous 3.5 mm audio jack at the top.

Galaxy S II is a dual camera gadget with a superb 8 MP camera at the back. It shoots pictures in 3264×2448 pixels, is auto focus and has LED flash. It also has features of geo tagging, face and smile detection, and image stabilization. It is capable of recording HD videos in 1080p at 30fps. The phone also has a secondary 2 MP camera at the front to allow for video calling.

Galaxy S II is packed with a standard Li-ion battery (1650mAh) that provides a talk time of up to 8 hr 40 min. 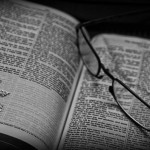 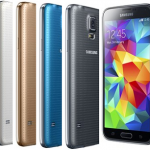 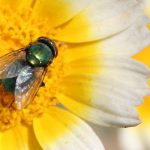