Schizophrenia and Bipolar are two psychiatric conditions that are sometimes confused, and used interchangeably. They are described in a derogatory way and laughed at. But, one has to face the fact that these two are medical conditions, which can be managed, and nothing different from a patient having diabetes or coronary artery disease. There are two systems of classification; DSM IV, diagnostic and statistical manual of mental disorders edition 4, which is used in the US, and the ICD 10, international classification of diseases edition 10. In this article, we will discuss the risk factors of these two diseases, symptoms and signs, management, and prognosis.

Schizophrenia is a complex mental disorder with difficulties in ascertaining fantasy from reality, logical thought, normal emotive experiences, and maintaining normal social relationships. It has an equal incidence in males and females, and usually occurs at early 20s, and there is a positive family history. There has been an association with long term use of marijuana, as well. As symptoms, there may be delusions of thought, auditory hallucinations, loosened associations, social withdrawal and isolation, tendency to suicide, etc. They are managed, following assessment to see the fitness to be treated as an outpatient or in patient. Those who are highly agitated, or in a psychotic break will have to be hospitalized and sedated. Others can be managed at homes and medicated steadily. The drugs mainly consist of atypical antipsychotics and typical antipsychotics. There is a preference for the atypical drugs as there are fewer side effects. The drug management needs to be combined with psychotherapy, cognitive behavioural therapy, and occupational therapy. On management with this twofold approach, the chance of a recurrence can be reduced to live a normal life.

Bipolar disorder, which is also known as manic depressive disorder, is a psychiatric illness with fluctuating emotionality and expression. As the name suggests it usually has two main phases, the depressive phase and the manic phase. This condition is associated with severe life changes, recreational drug use, and some medications. The two phases of this disease do not occur in equal amounts, and at times, the manic phase is negligible. The manic episodes are marked with, excessive happiness, reckless behaviour, poor judgment, easy to anger, etc. Specifics like spending sprees, sexual promiscuity, lack of sleep, risky financial undertakings make these types of individuals at risk of harming themselves and others. Depression is marked with classical features of depression like low mood, apathy, anhedonia, also can extend into pessimism, loss of self esteem, and deliberate self harm. Management setting is based on the level disturbance and the risk of self harm and the level of self care. Treatment is based on the use of mood stabilizers, anti psychotic drugs, and anti depressants. Those who are highly agitated can be managed with electro convulsive therapy or transcranial magnetic therapy. With a combination of nurturing of life skills and cognitive therapy, continued medication till the psychiatrist see fit to discontinue is associated with good outcome.

Difference Between Anxiety and Depression 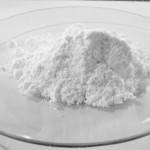 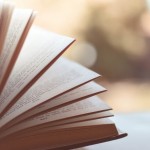