Scientist and engineer are two types of professions which contribute to the society in terms of knowledge. Both professions aim on understanding the nature and making our life easier. Number of scientists and engineers in a country may reflect the amount of development takes place there. Both professionals perform research, and mathematics is a key tool and language for them to express their ideas. Computing is the newly added tool for both scientific and engineering work.

There are many types of sciences known as physics, chemistry, biology, astronomy, earth science, etc (These are natural sciences and there are other types such as political science, economics and social science as well). A scientist may work on any of these fields to draw conclusion. Conclusions made by scientists are accepted only if they have followed a special procedure known as ‘scientific method’.

Engineer is a person who use the theories developed by scientists in real world applications. Engineers concern on needs of human and exploit the governing laws of the nature. Depending on the interested field there can be many types of engineers like electrical, mechanical, chemical, civil, material and software engineers.

Engineers are the people who link science and consumer needs. Unlike scientists, engineers also have to consider the cost effectiveness of a design in addition to scientific theories. They also involve in production, maintenance and sales work in addition to the research, design and development work. Most of the engineers become managers after gathering few years of experience.

Difference Between Architect and Structural Engineer

Difference Between Commissioner of Oath and Notary Public

Difference Between Accountant and Auditor 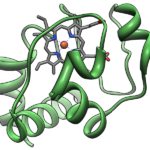