Sea Lion and Seal are marine pinnipedian mammals with very close affinities and easy to confuse. In fact, sea lions are the second cousins of seals. However, there are considerable differences between them and those are essential to understand in solving the confusions. Many of their physical characteristics differ from each other, and most of the key distinctions are discussed in this article.

Sea lions belong to the Family: Otaridae, which accounts for both fur seals (nine species) and others (seven species). Sea lions have external ear flaps, which are important to notice. Additionally, their ability to walk on the ground by all four feet with the use of long forelimbs is another distinguishing feature among many pinnipedian species, and which has caused them to spend more time on land than in sea. However, while they are swimming in water, they move their long forelimbs like birds flap their wings during flight. Sea lions have a short and thick coat of hair, which is characteristic for them. Sea lions are highly vocal, sometimes even considered as noisy. Sea lions have long and smooth whiskers or vibrissae. Around five years of age, there will be a bump on top of the head of males called the sagittal crest. Sea lions are usually 2 – 3 metres long and have their bodyweights ranging from 200 to 1000 kilograms. The lifespan of these fascinating marine mammals ranges from 20 to 30 years.

Seals are considered as the true seals or earless seals and belong in the Family: Phocidae. There are about 18 species described under 13 genera of true seals, distributed in the oceans of the world. They have varying body sizes ranging from one to five metres, and their weights range in a wide spectrum that is as large as from 45 to 2,400 kilograms. True seals do not have external earflaps, but they have ear holes. Their respiratory and circulatory systems are more adapted to live an aquatic life than for a land life. Their body is highly streamlined as an adaptation for fast swimming. In addition, their internal penis and testicles provide factors to have more streamlined body. On the land, seals crawl than walk in order to move. This crawling is another distinguishing characteristic of seals from other pinnipedian mammals. Except for one or two tropical species, most of them are confined in the temperate or polar waters of the world. 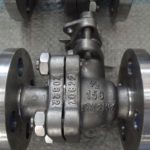 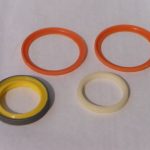