Home / Technology / IT / Systems / Difference Between Serial and Parallel Port

A port (derived from Latin word “porta” for door) is a physical interface that connects a computer to other computers or hardware input/output devices. Based on the signal transfer, ports are divided in to two groups as serial and parallel ports. Serial ports transfer data one bit at a time using a single pair of wires, while parallel ports transfer multiple bits at a time using a group of wires.

What is Serial port?

Serial port is a physical interface used for serial communication. Information is transferred one bit at a time through serial ports. There have been newer technologies such as Ethernet, FireWire and USB which transfers data serially, but the older RS-232 standard is still identified as the “serial port”. RS-232 is intended to be used with interfacing a modem or a similar device. However, modern computers may come without RS-232 ports and the users might have to use appropriate converters (such as serial-to-USB). But serial ports are still widely used for applications such as automation systems in industries, scientific measurement devices, server computers (as control consoles) and network devices (such as routers). The main reason serial ports are still used for above applications is that they are comparatively simple and cheaper. Furthermore, above mentioned consoles are standardized and widely used. Another reason is that very little supporting software from the system is required for serial ports.

What is Parallel Port?

A parallel port is a physical interface that is used for the connection of various peripheral devices to the computer. It is historically known as the printer port, because the very first parallel port was introduced by Robert Howard and Prentice Robinson with the Cenetronics Model 101 printer in 1970. As the name suggests, these ports transfer data in parallel (bidirectional at the same time) and the corresponding standard is defined in IEEE 1284 standard. But the parallel ports have been used with many peripheral devices (not just printers). Some common examples are Zip drives, scanners, external modems, audio cards, webcams, joysticks, portable hard disks and CD-ROMs. But after the introduction of USB and Ethernet, the use of the parallel port has significantly reduced. In fact, modern computer sometimes do not even include a parallel port as it is recognized as a legacy port by many manufacturers. Still, parallel-to-USB converters are used to operate older models of printers.

What is the difference between Serial and Parallel Port?

Difference Between Harbour and Port

Difference Between IP and Port

Difference Between Socket and Port 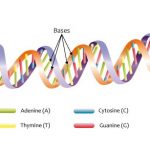 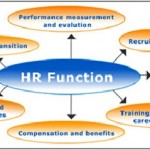