Fish are one of the five vertebrate groups belonging to Kingdom Animalia. They are multicellular aquatic organisms. There are more than 32,000 species in all aquatic environments belong to this group. Most of the fish are carnivores or omnivores. Fish may have an internal skeleton made from bones or cartilages. There are three major groups of fish namely cartilaginous fish, Bony fish and lobe-finned fish.

1. Overview and Key Difference
2. What are Sharks
3. What are Bony Fish
4. Similarities Between Sharks and Bony Fish
5. Side by Side Comparison – Sharks vs Bony Fish in Tabular Form
6. Summary

Sharks are cartilaginous fish which have an internal skeleton made from cartilages. Sharks belong to class Chondrichthyes. Along with sharks, this group includes rays, skates and chimaeras as well. According to the fossil records, cartilaginous fish were more abundant in the past. Presently they are less abundant than bony fish. The skeleton is lightweight compared to the skeleton of bony fish. 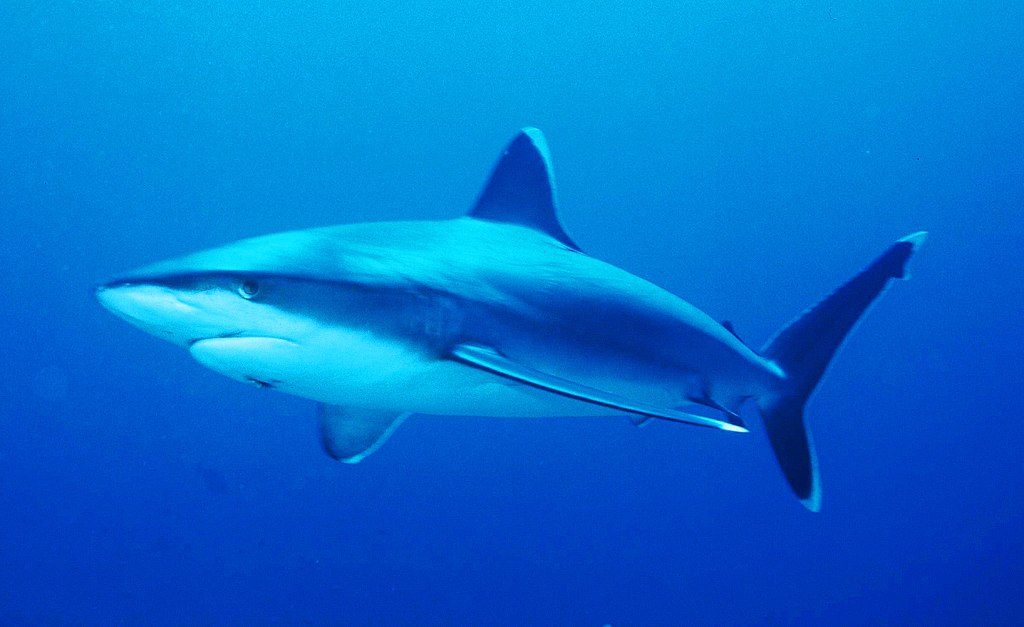 Furthermore, flexible connective tissues are found in their bodies. Sharks can move their upper jaw independently since it is not attached to the skull. There are 10 cartilaginous elements in the shark skull. And also sharks lack pleural ribs, unlike bony fish. Gill slits of a shark are visible, and there is no protective bony plate covering the gills. Sharks have eyelids that help to protect their eyes.

What are Bony Fish?

Bony fish is the largest group of the fish that have an internal skeleton made from calcified bones. Bony fish belong to the class Osteichthyes. Teleost is another name that refers to bony fish. They are vertebrates, and presently they are some of the most abundant vertebrates on the planet.

Moreover, there are about 27000 species in this group. Salmon, trout, lanternfish, cavefish, cods, anglerfish, tarpon, herrings, electric eels, etc. are few bony fish species. There are 63 bones in the bony fish skull. They have pleural ribs made from dermal bone. They lack eyelids. Hence, they are not able to protect their eyes like sharks.

What are the Similarities Between Sharks and Bony Fish?

What is the Difference Between Sharks and Bony Fish?

Sharks are cartilaginous fish. On the other hand, bony fish are the largest group of fish which have a skeleton made from bones. They share similarities as well as differences. The below infographic presents the difference between sharks and bony fish in tabular form. 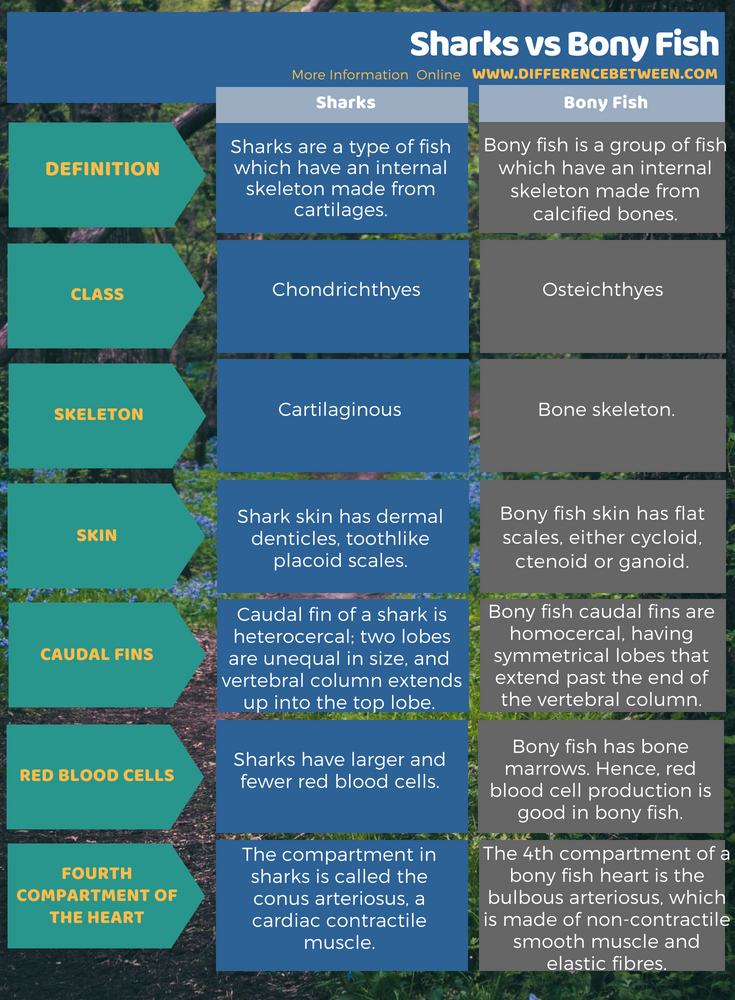 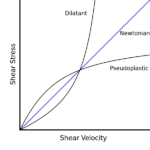 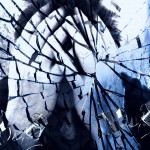