Shimla vs Kulu Manali in India

Shimla and Kulu Manali are beautiful hill stations in the northern state of Himachal Pradesh of India and extremely popular vacation spots for the tourists, both domestic as well as international. Families, nature lovers, adventure sport lovers and honeymooners find these places to be picture perfect for unforgettable holidays. Both lie in the foothills of Himalayas and offer exciting tourism opportunities.

Shimla, the Queen of Hills, and summer capital in the British Raj, is located in north-west Himalayas at an altitude of 2205 meters. The closest city is Chandigarh (115km), while the capital New Delhi is about 365km away.

Kulu Manali, on the other hand are twin cities in the Beas River Valley. Manali lies at an altitude of 1950 meters at the northern end of Kulu Valley in Himachal Pradesh. It is 250km north of Shimla, the state capital.

With both Shimla and Kulu Manali being hill stations, temperatures are cool with pleasant summers and cold, chilly winters. Both experience snowfall in winters in the months of December and January.

In Manali, average temperatures in summers is between 14 and 20 degree centigrade, while in winters these go down to -7 to 10 in winters.

Shimla in comparison has a milder climate with average temperatures over the year ranging between -4 to 31 degree centigrade.

The name Shimla comes from an incarnation of Hindu Goddess called Shyamla Devi, while Manali comes from the name of Sage Manu who lived there.

The Mall is the main shopping street in Shimla. The place is literally littered with restaurants, hotels, and eating joints catering to a huge influx of tourists. Strolling up and down the Mall is what tourists engage in, breathing fresh and unpolluted air. The Ridge and Scandal point are the famous meeting points in Shimla.

Christ Church is an old Church with a very majestic structure. Situated on the Ridge, a must visit place for the tourists.

Jakhu Hills are the highest point of Shimla offering panoramic view of the town and snow clad mountains. There is an ancient Hanuman temple where playful monkeys regale the visitors.

Shimla State Museum was opened in 1974 to preserve and showcase pahari culture. There are many paintings, sculptures, costumes, textiles and jewellery of the region.

Kulu Manali is very famous for snow clad mountains and provide a pleasant contrast to hot plains in the north. Manali is also famous for adventure sports such as skiing, hiking, mountaineering, paragliding, rafting, trekking and paragliding. Manali got featured in Time Magazine for its unique Yak Sports. It is also famous for Buddhist shrines, Hindu temples and natural hot springs. Manali is flooded with honeymooners all round the year for its picturesque valleys and snow clad mountains.

Naggar Fort is made up of rocks, stones and wood carvings and is a wonderful reminder of art work of Himachal.

Hidimba Temple was made in 1953 and is dedicated to Hidimba, wife of Bhim, who was a Pandava Prince.

Rahla Waterfalls are located at the foothills of Rohtang Pass.

Manikaran is on the way between Kulu to Manali and is famous for hot springs.

Rohtang is about 40km from Manali and is a word famous snow point. It is 13000ft above the sea level.

While Shimla is suave and somewhat bland, Kulu Manali is raw and full of scenic attractions. For breathtaking scenic beauty of snow-clad mountains and picturesque valleys, Manali takes the cake between the two hill stations. But both are extremely popular and full of tourists round the year, especially summers to escape the scorching heat of the plains. 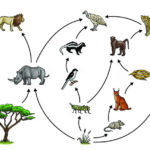