As proposed by the American chemist G.N.Lewis, atoms are stable when they contain eight electrons in their valence shell. Most of the atoms have less than eight electrons in their valence shells (except the noble gases in the group 18 of the periodic table); therefore, they are not stable. These atoms tend to react with each other to become stable. Thus, each atom can achieve a noble gas electronic configuration. This can be done by forming ionic bonds, covalent bonds or metallic bonds. Among these, covalent bonding is special. Unlike other chemical bonding, in covalent bonding there is a capability to make multiple bonds between two atoms. When two atoms having similar or very low electronegativity difference, they react together and form a covalent bond by sharing electrons. When the number of sharing electrons is more than one from each atom, multiple bonds result. By calculating bond order, the number of covalent bonds between two atoms in a molecule can be determined. Multiple bonds are formed in two ways. We call them sigma bond and pi bond.

The symbol σ is used to show a sigma bond. Single bond is formed when two electrons are shared between two atoms with similar or low electronegativity difference. The two atoms can be of the same type or different types. For example, when the same atoms are joined to form molecules like Cl2, H2, or P4, each atom is bonded to another by a single covalent bond. Methane molecule (CH4) has single covalent bond between two types of elements (carbon and hydrogen atoms). Further, methane is an example for a molecule having covalent bonds between atoms with very low electronegativity difference. Single covalent bonds are also named as sigma bonds. Sigma bonds are the strongest covalent bonds. They are formed between two atoms by combining atomic orbitals. Head to head overlapping can be seen when forming sigma bonds. For example in ethane when two equal sp3 hybridized molecules are linearly overlapped, the C-C sigma bond is formed. Also, the C-H sigma bonds are formed by the linear overlapping between one sp3 hybridized orbital from carbon and s orbital from hydrogen. Groups bonded only by a sigma bond have the ability to undergo rotation about that bond with respect to each other. This rotation permits a molecule to have different conformational structures.

The Greek letter π is used to denote pi bonds. This is also a covalent chemical bond, which usually forms between p orbitals. When two p orbitals are laterally overlapped a pi bond in formed. When this overlapping takes place, two lobes of the p orbital interacts with two lobes of another p orbital and a nodal plane is resulted between two atomic nuclei. When there are multiple bonds between atoms, the first bond is a sigma bond and the second and third bonds are pi bonds.

Difference Between Covalent and Polar Covalent 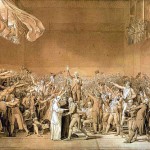