Minerals are present in the natural environment. Other than their economic values, minerals are important for plant and animal lives too. Minerals are non renewable resources, and it is our responsibility to use them sustainably. Minerals can be found in earths’ surface and underground. They are homogenous solids, and they have regular structures. Mineralogy is the study of minerals. More than 4000 minerals have been discovered, and they have a crystalline structure. Minerals are found in rocks, ores and natural mineral deposits. There are a large number of minerals, and they can be identified by studying their shape, color, structure and properties. The division of minerals as silicate and non silicate minerals is based on the composition of it.

Silicate minerals are the most abundant minerals on the earth surface. They are composed of silicon and oxygen atoms. Silicon is the element with atomic number 14, and it is also in the group 14 of the periodic table just below carbon. Silicon can remove four electrons and form a +4 charged cation, or it can share these electrons to form four covalent bonds. In silicates, silicon is chemically bound to four oxygen atoms and makes a tetrahedral anion. Silicate has the chemical formula of SiO44-. All the oxygen atoms are bonded to the central silicon atom by only one covalent bond and have the -1 charge. Since they are negatively charged, they can bind with four metal ions to form silicate minerals. To fulfill the octet around the oxygen, Silicon also can bind with another silicon atom rather than joining with a metal ion. Ability to make continuous structures by sharing one oxygen atom (bridging oxygen) between two silicon atoms allows a great number of silicate structures possible. Silicate minerals are categorized into various groups depending on the degree of polymerization of the silicate tetrahedral. Depending on the number of bridging oxygen atoms shared by one silicate tetrahedron, they are categorized as neosilicates (e.g. forsterite), sorosilicates (e.g. epidote), cyclosilicates (e.g. beryl), inosilicates (e.g. tremolite), phyllosilicates (e.g. talc), and tectosilicates (e.g. quartz). 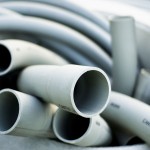 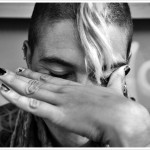