Sit and Set are two verbs in English language that are confused by people not just because of their similar pronunciations but also because somewhat similar meanings. These two verbs are one of the most misused verbs in English and also hard to understand by the students of the language. If you know the difference between lie and lay, it becomes easier to make out the difference between sit and set. This article takes a closer look at the two verbs to come up with their differences.

Set is a transitive verb that is used to refer to an act of placing an object or objects in place in or upon a surface. Set retains its form whether one uses it in the present or the past tense. The verb is always used whenever you are talking about a thing or an object. You can set a book in the shelf or a pillow on the bed but do not make the mistake of using set when you have gotten your coffee placed on the table by saying coffee is setting on the table. Also, you cannot ask your friend to set down on a chair as the right word or verb is always sit. You cannot sit on the shelf, but you can always set showpieces in the shelf. Take a look at the following examples to understand the meaning and usage of set.

• Set the plates on the dining table.

• Postman sets the mail according to the pin codes.

• It is my duty to set the table for dinner every night.

Sit is an intransitive verb that refers to the act of bending your knees and placing your bottoms or hips on a chair or any other object. While sit is used in the present tense, sat is its past tense. Sit, being intransitive in nature, does not require an object. To sit is to take a seat, so you sit down when someone asks you to take a seat. Sit is an irregular verb, so there is a change in its spelling when used in the past tense. Here are some examples of the verb set to make its meaning clear.

• The old man in the queue needs to sit down.

• We got a chance to sit in the front row at the concert.

• Sit means to be seated while set means to place an object on a surface.

• You sit on a chair, but you set plates in the shelf or books on the table.

• Sit is irregular, and it’s spelling changes with the tense. On the other hand, set remains set in all its forms.

• Set is followed by an object.

Difference Between Have To and Must

Difference Between Tense and Aspect 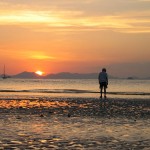 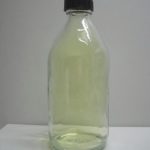 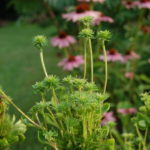