Site of a settlement or for that matter any structure is its exact location. If you know the coordinates of a site, you can easily trace it on the map of the place. People choose a particular location for their settlement if it has favorable conditions for living such as the availability of water, building material, fuel for their energy requirements, barrier to defend themselves from aggressors and natural calamities, and land that is safe for dwelling units to be built on it. The site of a settlement is also dependent upon whether it is suitable for trading or not. In ancient times, settlements often resulted because of their proximity to water bodies to allow the inhabitants to trade through the port.

Situation is a term that compares it with the surrounding area. The whereabouts of a site are included in its situation. If you are being told about the landmarks around the church where the wedding is going to take place, you are being given the situation of the venue. Thus, if you are talking about the situation of a settlement, you are judging how close the availability of raw materials and other facilities is from it. It is not just the surrounding man made features but also the natural physical features that are included in the situation.

What is the difference between Site and Situation?

• Situation is in relation to the surrounding physical features while site is the exact location of a structure or settlement.

• If you know the site, you can easily locate a settlement on the map.

• Site is the land upon which a settlement is built whereas situation talks about surrounding areas.

• Site is precise location of the settlement whereas situation is its description in terms of nearby manmade or natural features.

Difference Between Pacific and Central Time

Difference Between Sight and Site 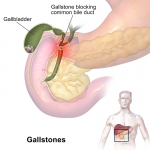