There are approximately 750 species of cartilaginous fishes exist (including sharks) on this earth. Out of all cartilaginous fishes, there are about 500 species of skates and rays live in oceans throughout the world. Skates and rays, both are cartilage fishes belong to the class Chondrichthyes due to the presence of cartilaginous skeleton. According to the fossil records, it is believed that the skates and rays have evolved 150 million years ago in the late Jurassic period. In contrast to bony fishes, cartilaginous fishes leave very few fossil records due to lack of bony skeleton. These fishes are carnivorous and have dorsoventrally flattened bodies. Main key characteristics features of these fishes include; cartilaginous skeleton, lack of swim bladder, and internal fertilization.  Both rays and skates prefer life on the bottom of the ocean, and some of them spend time buried in the ocean floor.  Their pectoral fins are expanded and attached to the head. Gill openings of these fishes are located underneath the body, while the eyes are located on top of their head. The openings behind the eyes called spiracles are used to breathe while they are lying on the bottom or are buried in the sediment.

Skates have diamond shaped, dorsoventrally flattened bodies with relatively stocky tails. Tails may possess first and second dorsal fins and a tiny caudal fin. Another characteristic feature of skate is the enlarged thorn-like scales along the midline of back and tail and in some species along the side of the body. The common skate (Dipturus batis) is the largest skate exists in the world, reaching up to about 0.25m long, while the smallest is the starry skate (Raja stellata), which reaches the maximum length of 30 inches.

Rays have relatively slender to whip-like tails, usually with a stinging spine, which is situated along midway along the tail’s length.  Stinging spine is important to protect themselves from predators. Rays lack bucklers along the midline of back or tail or along the side of the body.  The largest ray is the manta ray (Manta birostris), reaching up to about 9 meters in width, while the short-nose electric ray is the smallest, which is only 4 inches in width and 0.5kg in weight. Electric rays are able to discharge an electric current to defend themselves against predators.

What is the difference between Skates and Rays?

• Tails of many skates are shorter and thicker than that of rays. Tails of rays are slender to whip-like.

• Snouts of skates are often longer and more pointed than that of rays.

• Skates do not possess a stinging spine on their tail, whereas many rays do.

• Skates may have a caudal fin and first and second dorsal fins, whereas rays have none of these structures.

• Rays do not have thorns on their body, whereas skates do.

• Generally, rays are larger than skates.

• Skates are harmless, whereas some ray species (such as electric rays and sting rays) are harmful creatures to humans.

Difference Between Guinea Pig and Hamster

Difference Between Siberian Husky and Malamute

Difference Between Snake and Worm 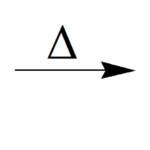