Sleep is a verb in English language that refers to a natural act of human beings. It is an activity that takes place when an individual is in a state of rest and feeling tired. It is a natural and recurring state that reflects reduced consciousness. There is another word asleep that has a similar meaning and confuses many people. Despite similarities, there are differences between sleep an asleep that will be highlighted in this article to enable readers to use the correct word in a particular context.

Sleep is a natural state that occurs when a human being is tired and tries to get some rest. Sleep is characterized by reduced consciousness and reduced ability to perceive external stimuli. However, we are not concerned with the activity of sleep per se but the use of the word.

Sleep is both a noun as well as a verb. As a noun, it refers to the activity of rest with muscle relaxation forcing people to have their eyes closed. Take a look at the following examples to understand the meaning of the word sleep.

• Did you have a good night’s sleep?

• Do not disturb him in his sleep.

• She went to sleep quite late in the evening.

• Babies do not sleep peacefully for long durations.

If you want to confirm whether a person has slept or is wake, you generally ask the question is he asleep? This is the same as asking ‘is he sleeping?’. Asleep is an adjective that refers to the state of sleepiness. It can also be used as an adverb as in ‘fell asleep’. In fell asleep, the emphasis is on a state of reduced consciousness. It is the state of sleep that is more important in asleep rather than the action of sleeping. If someone is asleep, it means that he is already in a state of much reduced consciousness.

What is the difference between Sleep and Asleep?

• Sleep is a noun as well as a verb whereas asleep is an adjective mostly.

• Asleep is also used as an adverb as in fell asleep.

• You go to sleep whereas you are already in the grip of sleep when you are asleep.

• You use asleep when enquiring if a person has slept or not.

• Asleep refers more to the state of reduced consciousness, whereas sleep emphasizes more on the activity.

Difference Between Nap and Sleep

Difference Between Awake and Wake

Difference Between Anyone and Anybody 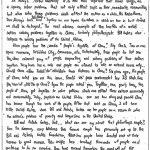 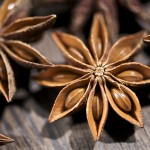 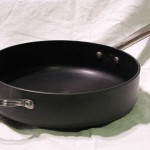