Bacteria are prokaryotic single-cell microorganisms. They have different structures within the unicellular simple body structure. Most bacteria are surrounded by a thick cell wall. Some possess an extra cover called envelope. Other than the cell wall, some bacteria contain external structures. Among the external structures, glycocalyx is an important structure that includes capsule and slime layer. Glycocalyx avoids bacterial cells from phagocytosis, and it helps the formation of biofilms. Slime layer is an unorganized, loosely adhered thin glycocalyx that protects bacterial cells from drying that traps nutrients and aids in biofilm formation. Capsule is a highly organized, tightly bound thick glycocalyx that helps bacteria in avoiding the phagocytosis. This is the key difference between slime layer and capsule.

1. Overview and Key Difference
2. What is Slime Layer
3. What is Capsule
4. Similarities Between Slime Layer and Capsule
5. Side by Side Comparison – Slime Layer vs Capsule in Tabular Form
6. Summary

What is Slime Layer?

Slime layer is an unorganized loosely bound gelatinous extracellular layer of bacteria. When the glycocalyx of bacteria is thin and less discrete, it is known as a slime layer. Slime layer mainly protects bacteria from dehydration and antimicrobial agents and loss of nutrients. And also slime layer helps bacteria to form biofilms. 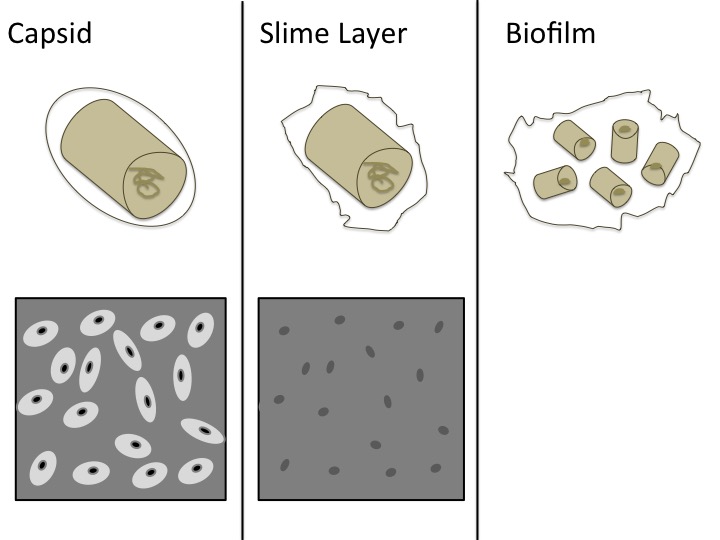 Slime layer is composed mostly of exopolysaccharides, glycoproteins, and glycolipids. Slime layer can be easily washed off due to its loose adhesion to the cell wall.

Capsule is one of the external structures possessed by some bacteria. Capsules are made from polymers of polysaccharides. Capsule is an organized structure that is very hard to wash off, unlike slime layer. Capsule surrounds the cell envelope of bacteria, and it is tightly bound to the cell envelope. Capsule is thick, and it aids bacteria to avoid phagocytosis. Capsules are hydrophilic in nature hence it prevents bacteria from desiccation.

The production of the capsule is genetically controlled and subject to environmental modification. Capsules have a wide range of density, thickness and adhesiveness among different bacterial strains and are probably produced by the cell membrane. Capsules have varying chemical composition dependent on species. They may consist of glucose polymers, complex polysaccharides, amino sugars, sugar acids, polypeptides alone or in combination.

Capsule is considered as a virulence factor of bacteria due to its ability to enhance the escaping from the host defence mechanisms and causing the diseases. Straphylococcus aureus is a bacterial species that resist neutrophil phagocytosis due to its capsule.  The capsule of the Streptococcus pneumoniae is the key factor that causes pneumonia. It is observed that the loss of capsule decreases virulence of bacteria.

Capsules have several functions. They often mediate adherence of cells to surfaces. Capsules also protect bacterial cells from engulfment by predatory protozoa or white blood cells or from attack by antimicrobial agents. Sometimes capsules become reservoirs of carbohydrates when bacteria are fed with sugars. Another important characteristic of capsules is the ability to block some steps of the phagocytosis process and thereby prevent bacterial cells from being engulfed or destroyed by phagocytes. 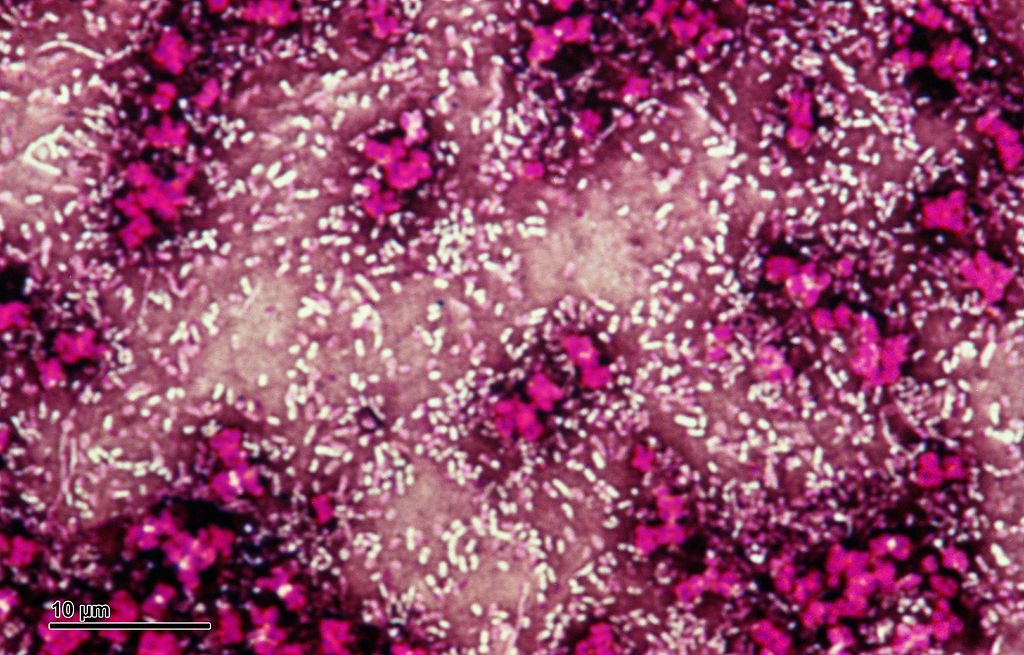 Capsules can be visualized by negative staining techniques using India ink under the microscope. The capsule will appear as clear halos surrounding the bacterial cells. Some examples of encapsulating bacteria are Bacillus antracis, Klebsiella pneumonia, Streptococcus pneumonia, Clostridium perfringens.

What are the Similarities Between Slime Layer and Capsule?

What is the Difference Between Slime Layer and Capsule?

Some bacteria possess additional layer outside the cell wall called glycocalyx. Glycocalyx is made from extracellular materials. It protects bacteria from the external conditions and supports in adherence to surfaces. Glycocalyx exists in two forms; slime layer or capsule. Slime layer is the extracellular layer that is loosely associated with the bacterial cell wall. It is a less discrete layer that can be easily washed off. Capsule is attached tightly to the cell wall, and it is a thick discrete layer. The capsule cannot be easily removed from the bacteria. Both slime layer and capsule help bacteria from desiccation and antimicrobial agents. Most of the encapsulated bacteria are pathogenic, and they avoid from phagocytosis due to their capsules. This is the difference between slime layer and capsule.

Difference Between Capsules and Tablets 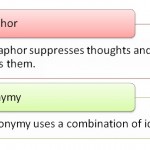 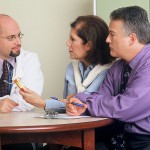