There are two types of nucleophilic substitution reactions named as SN1 reactions and SN2 reactions that are different from each other based on the number of steps involved in each mechanism. However, both these mechanisms include the substitution of a functional group in an organic compound with a nucleophile. There are two types of elimination reactions named as E1 and E2 reactions. These reactions give the mechanism of elimination of a functional group from an organic compound.

What are SN2 Reactions?

SN2 reactions take place in primary and secondary substituted carbon atoms because steric hindrance prevents tertiary structures from going through the SN2 mechanism. If there are bulky groups around the carbon centre (that causes steric hindrance), then a carbocation intermediate will be formed. This leads to the SN1 reaction rather than SN2 reaction.

What are E2 Reactions?

There is a single transition state in E2 reactions. In these reactions, a functional group or a substituent is removed from an organic compound while a double bond is formed. Therefore, E2 reactions cause unsaturation of saturated chemical bonds. This type of reactions is often found in alkyl halides. Basically, primary alkyl halides along with some secondary halides undergo E2 reactions.

E2 reactions occur in the presence of a strong base. Then the rate-determining step of E2 reaction includes both the substrate (starting organic compound) and the base as reactants (this makes it a bimolecular reaction).

What are the Similarities Between SN2 and E2 Reactions?

What is the Difference Between SN2 and E2 Reactions?

Difference Between E1 and E2 Reactions

Difference Between Elastomer and Polymer

Difference Between Homocyclic and Heterocyclic Compounds 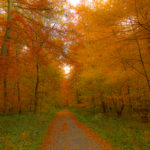