Home / Technology / IT / Protocols / Difference Between SNMP v2 and v3

SNMP (Simple Network Management Protocol) is an Internet protocol dedicated for the management of devices on networks. Typically, routers, switches, servers, workstations, printers, modems and many other devices support SNMP. SNMP is mostly utilized in NMS (Network Management Systems) for monitoring various conditions on devices that need the network administrator’s attention. SNMP is defined by IETF (Internet Engineering Task Force) as a part of IPS (Internet Protocol Suite). SNMP is a combination of network management standards such as a protocol for application layer, schema for databases and a data objects collection. SNMP describes the configuration of the system by exposing variables (management data) on the managed systems. Therefore, other managing applications can query these variables for monitoring purposes, and can occasionally set these values. SNMP v3 is the current version. SNMP v3 is very similar to SNMP v2 (previous version) apart from the improved security model.

SNMP v2 (also known as SNMPv2 or SNMP version 2) is defined in RFC 1441 to RFC 1452. SNMP v2 adds several improvements over SNMP version 1. They are improvements in performance along with advancements in security and confidentiality. It also adds improvements in the area of manager to manager communication. GetBulkRequest has been added to retrieve large data amounts by a single request. Earlier, you had to use GetNextRequest iteratively in order to get a bulk of data. However, many users believed that the party based security system in SNMP v2 is too complex for their liking. This was the reason why it did not become popular.

SNMP v3 (also known as SNMPv3 or SNMP version 3) does not add any changes to the protocol, apart from the encryption. In fact, the main motivation behind coming up with the version 3 was to tackle the security concerns of earlier versions of SNMP (SNMP v1 and SNMP v2). But, SNMP v3 looks different due to the introduction of new conventions for texts, concepts and new terminology.

What is the difference between SNMP v2 and SNMP v3?

Main difference between SNMP v2 and SNMP v3 are the enhancements to the security and remote configuration model. SNMP v3 adds cryptographic security to SNMP v2. SNMP v3 replaces the simple password sharing (as clear text) in SNMP v2 with a much more secure encoded security parameters. Due to the introduction of new conventions for texts, concepts and new terminology, SNMP v3 looks different than SNMP v2 (even though there aren’t many changes). SNMP v2 is now considered obsolete.

Difference Between IPv4 and IPv6 Headers 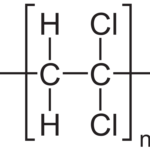