Home / Language / Words / Difference Between So That and Such That

So That vs Such That

Knowing the difference between so that and such that can help you to improve your English grammar knowledge. Grammar of any language could be daunting at times. This is mainly due to its nature of having a number of grammatical features that are confusing due to a few similarities such as similarities in orthography or pronunciation. Alternatively, they may look alike as two words could be seemingly similar that their actual difference goes easily unnoticed. English grammar too has a very large number of words, which are features of grammar falling under some part of speech category, which are liable to be confused and, as a result, they are often used falsely interchangeably. So that and such that are two such English words which are often confused by many. Despite the outward similarity of the two words, there is nothing much similar in their meaning or function. As difficult as it might seem, the two indeed have a subtle difference in meaning.

What does So That mean?

The conjunction so that is extensively used in English grammar to indicate the purpose of something or to give an explanation for something. This conjunction can either be used together or detached. So that means ‘with the result of that’, or ‘in order that’.

• He checked carefully, so that the mistakes were caught.

• It was so hot there that we had to take a bath for the third time.

When used separately or detached, the adverb so is followed by an adjective and when used together, the conjunction so that is often followed by a noun or a noun phrase. The conjunction so that is used in a subordinate clause in a sentence where the purpose or the effect denoted by the main clause is presented by the subordinate clause. For an instance, in the sentence

• The test was so difficult that she got a headache afterwards,

the main clause is the first part of the section and the second part or the subordinate clause presents the result or the effect caused by the first part.

What does Such That mean?

The words such that is made up when the adjective such is followed by the conjunction that to denote the meaning of ‘to the extent that’. It is used to create emphasis on something. Just like so that, such that too can be used together or separately.

• I spoke to my teacher such that she took me to the principal.

• It was such a lovely dress that I fell in love with it the moment I saw it.

When used together, such that denotes the idea ‘in a manner that’ or ‘in a way that.’ When used separately, such is often followed by an [article + noun] format. Like so that, such that too is used in a subordinate clause in a sentence.

What is the difference between So That and Such That’?

• So that denotes the purpose or the effect of something or it carries the idea ‘in order that’ while such that emphasizes on the manner or the way to which extent something is described.

Although the above described differences are subtle, they show that so that and such that are two seemingly similar but distinctly different word phrases of English grammar.

Difference Between Beat and Win

Difference Between Nomenclature and Classification

Difference Between Pause and Stop 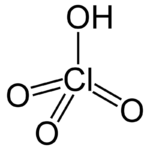