We all know what media stands for, and how powerful it has become in the last few decades, even influencing government policies in many instances. Media has become all pervasive today, and many of the crusades and revolutions around the world have been possible because of social media, as well as social networking. Of the two, social networking has been a recent phenomenon, when we compare it with social media, which is more of broadcasting medium. There are many similarities between social media and social networking that make many people use the terms almo0st interchangeably. However, it is a wrong practice as there are many differences between the two platforms that will be brought out by this article.

Let us first try to understand how social media differs from media as we understand it. Before the advent of the internet, there was the media in the form of newspapers, news channels on cable TV and TV, radio, and periodicalsa and other magazines publishing articles related with social issues. It was when media arrived through web, it became interactive as it allowed people to react to stories and comments on various issues in online papers immediately, as also to take part in surveys and online opinion polls. Social media are not to be confused with just 0nline papers or forums, but it has taken many forms such as blogs, micro-blogging, video sharing sites, photo and video sharing, and even book marking. Many have tried to classify social media and according to experts there are following types of social media.

• Collaborative projects, where people share their knowledge such as Wikipedia

Many technologies are made use of in such social media platforms, and all are internet based such as email, instant messaging, and blogs.

Social networking is thus a sub category of social media though there are differences in approach, content and purpose. While social media are used primarily for broadcasting and as a strategy for sharing and starting campaigns, social networking is merely a tool for expanding your horizons and connecting with others (though it is effectively used for making incomes also these days). The differences extend into what came first like the proverbial chicken and the egg also with many holding the view that it was social networking that first appeared on the scene and later evolved into social media.

Social networking is like putting your bio-data on steroids as when you place your profile in a social networking site like Facebook. Your likes and dislikes, the company you work and your expertise and knowledge become links for others to know you and to get interested in you. There are social networking sites that specialize in friendships only such as Facebook, whereas there are others like LinkedIn that become a launch pad for those having talent to rise in their careers. 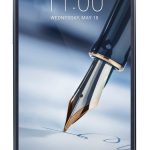