Soffit is used for the purpose of forming the ceiling from the top of an exterior house wall to the outer edge of the roof, otherwise known as eaves. In this case, the material is often nailed or screwed to the rafters typically referred to as lookout rafters. The exposure profile of soffit will depend on the building’s construction, varying from a few centimetres to 3 feet or more and can be either ventilated or non-ventilated.

Derived from the Latin term fascia meaning band, bandage, ribbon or swathe, fascia is a term that refers to a frieze or band running horizontally, and placed vertically under the edge of the roof. It may be visible to an outside viewer and may also form the outer surface of a cornice. It is the fascia board which is usually found capping the end of rafters outside a building that also at times holds the rain gutter. Fascia can also refer to other band-like features around doorways located separately from the wall surface. However in classic architecture, fascia refers to a wide band across the bottom of the entablature that is plain and located right above the columns. It is in the Doric order, below the triglyph that a drip edge or a “guttae” is mounted.

What is the difference between Soffit and Fascia?

Fascia and soffit are two features that are often discussed when it comes to roofing and construction. Although used in conjunction with one another, soffit and fascia are two different aspects that provide a myriad of uses when it comes to the protection as well as the look and feel of a building.

• Soffit is usually an underside element of a building such as a projecting cornice or an arch. Fascia is a thin board that runs along the edges of a structure.

• Soffit is used beneath the eaves of a house in order to close the space underneath. Fascia creates a barrier between the edge of the roof and the outside, thereby giving it a smooth appearance.

• Soffit is typical made of aluminium or vinyl. Fascia is typically made up of wood, but aluminium and plastic versions too are available.

• Soffit is the most vulnerable aspect of the two because it is constantly exposed to water and other natural elements. Fascia boards while not being too vulnerable, may have a chance of being susceptible to damage if they are overexposed.

Difference Between Flyover and Overbridge

Difference Between Column and Beam

Difference Between Load and Stress Testing

Difference Between Bridge and Culvert

Difference Between Gazebo and Pergola 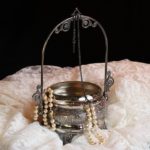