In a time when every other major player is busy coming up with larger touch screens leaving no space for a keyboard, Sony has experimented with two new phones that while retaining all other features have tried to concentrate on texting. It is a known fact that for youngsters, texting and instant messaging are two of the most used features and Sony Ericsson txt and txt pro seem to wean away Blackberry customers (at least new buyers). Despite being text phones, there is very little resemblance between these two stunning new devices from Sony. This article will try to highlight the differences between txt and txt pro to enable readers to go for one that suits their requirements better.

Sony Ericsson txt is an entertainment phone that has been designed to cater to the needs of those who go for messaging once too often. It boasts of a full QWERTY keypad below the screen along with a shortcut key for SMS. It also has a social feature that allows users to get to their updates on Facebook and Twitter instantly.

Sony Ericsson txt measures 106x60x14.5mm and weighs just 95g. While Sony could not make it slim and compact because of the presence of a large physical keyboard, it has more than compensated by keeping the weight down to an incredible 95g. txt has a display size of 2.6 inch (understandable). The screen is TFT and gives a resolution of 320×240 pixels (not very high). It even produces only 256K colors.

Sony Ericsson txt is Wi-Fi enabled (802.11b/g/n), Bluetooth v2.1 with A2DP, EDGE, GPRS, has an HTML browser but surprisingly misses GPS. It has an stereo FM radio with RDS though. It provides 100 MB of internal storage that can be expanded up to 32 GB using micro SD cards. It has just one camera that is at the back (3.15 MP). It is fixed focus and shoots pictures in 2048×1536 pixels. It can record videos but there is no camera at the front.

Being primarily a text phone, txt provides the facilities of SMS, push mail, email, and IM. It is equipped with standard Li-ion battery (1000mAh) that provides a talk time of 3 hr 12 min.

Sony Ericsson txt pro is a slider phone with a full QWERTY keypad. It has a large touch screen that stands at 3 inches, a solid 3.2 MP camera, is Wi-Fi enabled with Bluetooth and a stereo FM to boot. Though belonging to the txt range, txt pro is smaller and lighter. It stands at 93x52x18mm and weighs just 100g.

The TFT touch screen (3.0 inches) of txt pro produces 256K colors and a resolution of 240×400 pixels. It is scratch resistant, has an accelerometer and a proximity sensor, and provides single touch input method only.

Sony Ericsson txt pro boasts of PNX-4910 processor with 100 MB of internal memory that can be expanded up to 32 GB using micro SD cards. It has a RAM of 64 MB. It is a Wi-Fi enabled phone though not having 3G. It supports Bluetooth v2.1 with A2DP, EDGE, GPRS but no GPS. It has an HTML browser and stereo FM with RDS. It is equipped with standard Li-ion battery (1000mAh) that provides a talk time of up to 5 hr 10 min. txt pro has built in Facebook and Twitter support. 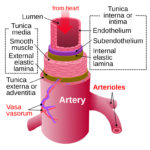 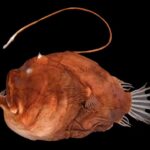