Sony has finally come out to the arena without Ericsson as their prefix at the CES 2012 releasing their debut Sony handsets. We have reviewed one of them earlier; that is Sony Xperia Ion, which was proven to be worth it. What we are going to compare here is yet a better design by Sony. From what we can gather, Sony is desperate to mark their name on the horizon because that’s exactly what these handsets would do. They are simply state of the art and directly address certain niche markets. Sony defines these smartphones as NXT edition, to indicate the next generation of smartphones. What we have at hand today is Sony Xperia S that has pleasing looks that tempt to keep it in your hand.

Since Sony Xperia S is powered by Android, we decided it’s only fair if we start the comparison by identifying the differences between the King of Android and Xperia S. What we define as king of Android is Google’s own brain child Galaxy Nexus. As you might be aware, it’s the first handset to come with IceCreamSandwich and have the ardent strength of Google inside it. While it may not appear to be a beast, Nexus’s are meant to be survivors until their successor comes to the block. We shouldn’t forget that ICS was designed having Nexus in mind, as well. So in the light of that, let us compare these two smartphones and see how Sony Xperia S does.

The first thing you’d notice when you take Sony Xperia S into your hand is that the text on the top of the screen. If you’re used to see Sony Ericsson embossed, Xperia S differs the tradition by embossing Sony in capital letters signifying the debut NXT line. It has smooth square edges that will take some time to get used to your hand. It has a sleek design and an expensive look and comes in flavors of Silver and Black scoring dimensions of 128 x 64 x 10.6mm and weighing 144g. The 4.3 inches LCD Capacitive touchscreen features 1280 x 720 pixels resolution at 342ppi pixel density. This ideally produces crisp text and images down to the last detail, and you’ll enjoy every moment spent with the screen. Sony Mobile BRAVIA engine enhances the color reproduction of the panel enabling the user to enjoy the natural colors right on your screen. Sony also guarantees that Xperia S can handle up to ten fingers multi touch input, and it seems we’ll have to redefine the set of gestures we were using.

The debut handset is powered by 1.5GHz dual core processor on top of Qualcomm MSM8260 Snapdragon chipset and Adreno 220 GPU. The hardware specs are controlled by Android OS v2.3 Gingerbread that utilizes the available 1GB of RAM well. The high-end processor can handle multi-tasking seamlessly while the Sony Timescape UI takes care of the smooth transitions. Sony is known to be fond about their cameras and the tradition follows in Xperia S. The 12MP camera is high-end and yields stunning performance. It has autofocus, LED flash, 3D sweep panorama and image stabilization along with geo tagging. It can also capture 1080p HD videos @ 30 frames per second with continuous focus. Sony hasn’t forgotten the video conferencing as well, for they have included 1.3MP front camera that can capture 720p video @ 30fps bundled with Bluetooth v2.1.

While Xperia S takes use of HSDPA connectivity, it also features Wi-Fi 802.11 b/g/n for continuous connectivity, and it can act as a Wi-Fi hotspot, to share your internet connection while the built in DLNA functionality enables you to wirelessly stream rich media content to your smart TV. Sony boasts about the new design of Xperia S that is to be replicated in NXT series. They call is ‘Ionic Identity’, which separates the screen by a transparent element at the base that acts as an ionic silhouette and provides illumination effects. This certainly will make the handset instantly recognizable. Xperia S comes with 1750mAh battery promising a talk time of 7 hours and 30 minutes.

Google’s own product, Nexus has always been the first to come up with the new versions of Android and who could blame for they are state of the art mobiles. The Galaxy Nexus is the successor for Nexus S and comes with a variety of improvement worthwhile talking about. It comes in Black and has an expensive and gorgeous design to fit right in your palm. It is true that Galaxy Nexus is on the upper quartile on size, but amazingly, it doesn’t feel hefty in your hands. In fact, it only weighs 135g and has dimensions of 135.5 x 67.9mm and comes as a slim phone with 8.9mm of thickness. It accommodates a 4.65 inches HD Super AMOLED Capacitive touchscreen with 16M colors. The state of the art screen is going beyond the conventional size boundaries of 4.5 inches. It has true HD resolution of 720 x 1280 pixels with an ultra-high pixel density of 316ppi. For this, we can daresay, the image quality and the crispness of the text would be as good as iPhone 4S retina display.

Nexus is made to be a survivor till it has a successor, which means, it comes with state of the art specifications that won’t feel neither intimidated nor outdated for an extended duration of time. Samsung has included a 1.2GHz dual core Cortex A9 processor on top of TI OMAP 4460 chipset bundled with the PowerVR SGX540 GPU. The system is been backed up by a RAM of 1GB and non-extendable storage of 16 or 32 GB. The software doesn’t fail to meet the expectations, as well. Featuring the world’s first IceCreamSandwich smartphone, it comes with a lot of new features that hasn’t been seen around the block. As for starters, it comes with a new optimized font for HD displays, an improved keyboard, more interactive notifications, resizable widgets, and a refined browser that is intended to give a desktop-class experience to the user. It also promises the best gmail experience to date and a clean, new look in the calendar, and all these sums up to an enticing and intuitive OS. As if this isn’t enough, Android v4.0 IceCreamSandwich for Galaxy Nexus comes with a facial recognition front end to unlock the phone called FaceUnlock and an improved version of Google + with hangouts.

Galaxy Nexus also has a 5MP camera with autofocus, LED flash, touch focus and face detection and Geo-tagging with the support of A-GPS. It can also capture 1080p HD videos @ 30 frames per second. The 1.3MP front camera bundled with built-in Bluetooth v3.0 with A2DP enhances the usability of video calling functionality. Samsung has also introduced a single motion sweep panorama and the ability to add live effects to the camera, which looks really enjoyable. It comes to be connected at all times with the inclusion of high-speed LTE 700 connectivity, which can gracefully degrade to HSDPA 21Mbps when LTE is not available. It also has Wi-Fi 802.11 a/b/g/n that enables you to connect to any wi-fi hotspot, as well as, set up a wi-fi hotspot of your own easily. The DLNA connectivity means that you can wirelessly stream 1080p media content to your HD TV. It also features Near Field Communication support, active noise cancellation, accelerometer sensor, proximity sensor and a 3-axis Gyro meter sensor that can be used to many emerging Augmented Reality applications. It is commendable to emphasize that Samsung has given a 17-hours 40 mins talk-time for Galaxy Nexus with a 1750mAh battery, which is beyond incredible.

Life evolves; people evolve; technology evolves; in essence, everything evolves and what was once the best in the block no longer is the best. Always, there’s a smarter guy around the corner. But the beauty of Google’s brain children are that they last longer, they stay smarter without been intimidated. While we obviously can come to the conclusion that, in terms of hardware, Sony Xperia S beats Samsung Galaxy Nexus, at the benchmarking level when the real performance is considered, both would score almost the same due to the differences in their operating system and optimizations. For instance, Xperia S still doesn’t have the ICS upgrade while Galaxy Nexus was born with it, and there’s a subtle performance boost from that. On the other hand, Sony Xperia S has visible improvements in terms of optics featuring 12MP camera with advanced features. It also promises a high pixel density, but given the pixel density of the Galaxy Nexus and the superiority of the panel, we don’t reckon it’ll be a visible difference. Apparently Galaxy Nexus is somewhat larger, yet lighter than Sony Xperia S which might be something you have to take into consideration when you’re going to make the purchase decision. We believe both of these smartphones would be offered at the same price range, although there’s a tendency for Sony Xperia S to have a slightly lower price tag than Samsung Galaxy Nexus. 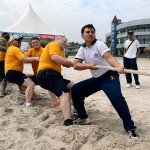