We have seen some ripples in the mobile computing market with the release of new Sony Xperia Z Tablet. In fact, Sony has proven to be a worthy new player in the tablet market, as well. This was anticipated with the expertise Sony had on manufacturing smartphones; it was just a matter of time till they surfaced on the tablet market. But Sony Xperia Z tablet is truly a masterpiece, and we do admire Sony for releasing something that impressive. It has the specs of the tablets we see in the high-end market, and the cherry on the top is IP 57 certification for water and dust resistance.

Since we have established that Sony Xperia Z tablet can be considered as one of the top end tablets in the market, we decided to compare it with a benchmark device. Apple iPad had started the revolution on the tablets back when they released the first iPad. It was then that people realized the usability and the comfort of a well-built tablet. Today, Apple and all its competitors have evolved in to such an extent where the tablets are becoming more mainstream than smartphones. We will elaborate on how much each model has evolved by comparing Sony Xperia Tablet Z with iPad 3 (iPad with Retina Display).

Sony Xperia Tablet Z is a complete tablet in every aspect of the layman’s imaginations. It seems that Sony has decided to give Xperia Z title to their superb products, and like its younger brother Xperia Z smartphone, Xperia Z tablet is also IP 57 certified for water and dust resistance. This is perhaps the first time we see an IP 57 certified tablet recently. It is powered by 1.5GHz Krait Quad Core processor on top of Qualcomm Snapdragon S4 Pro chipset with Adreno 320 GPU and 2GB of RAM. This type of specifications on paper is becoming increasingly familiar as of now, but it is still the best configuration available so far for an ARM based processor. As predicted, Sony is releasing Xperia Z tablet with Android 4.1 Jelly Bean with a preplanned upgrade to Android 4.2 Jelly Bean. Sony has included a 10.1 inch LED backlit LCD capacitive touchscreen display panel that features a resolution of 1920 x 1200 pixels at a pixel density of 224ppi. It is true that some might feel the pixel density is low compared to the 441ppi smartphone we get in full HD, but this is a tablet we are talking about, and 224ppi wouldn’t pixelate the display panel at all which serves the purpose by all means. The new Sony Mobile BRAVIA engine 2 boasts better reproduction of images on the display panel for specialized tasks like movies or games.

Sony hasn’t forgotten to include 3G HSDPA and 4G LTE connectivity to this smart tablet making it one of the best connected tablets in the market right now. It also has Wi-Fi 802.11 a/b/g/n with DLNA for continuous connectivity. You can also host a Wi-Fi hotspot and share your internet connection with Xperia Z tablet. Sony Xperia Z tablet offers you good optics, as well. It features a 8MP main camera with autofocus and face detection that can capture 1080p HD videos at 30 frames per second. The front camera is 2.2MP and can also capture 1080p HD videos @ 30 frames per second, which would ensure clarity and quality in video conferencing. The internal storage of the Xperia Z is 32GB, and you can also expand the storage by using a microSD card up to 64GB. The physical appearance is more or less like Xperia Z smartphone with the dimensions been bigger. Sony Xperia Z is also relatively lighter and thinner than the tablets of the same range with a weight of 495g and 6.9mm. It has a non-removable Li-Pro battery of 6000mAh which might be the source of the lightness in the tablet. We are yet to find out the battery performance of this tablet.

There had been many speculations about the new iPad because it had such a pull from the customer’s end and, in fact, many of those features were added up to a consistent and revolutionary device that is going to blow your mind. Apple iPad 3 comes with a 9.7 inches HD IPS retina display that features a resolution of 2048 x 1536 pixels at a pixel density of 264ppi. This is a huge barrier that Apple has broken, and they have introduced 1 million more pixels to the generic 1920 x 1080 pixels display which used to be the best resolution a mobile device provides. The total number of pixels adds up to 3.1 million which is now the highest number of pixels available in a mobile device. Apple guarantees that the new iPad has 40% more color saturation compared to previous models. This slate is powered by A5X dual core processor with quad core GPU although we don’t know the exact clock rate. It is needless to say that this processor will make everything work smooth and seamlessly.

There is a physical home button available at the bottom of the device as usual. The next big feature Apple introduces is iSight camera, which is 5MP with autofocus and auto-exposure using a backside illuminated sensor. It has an IR filter built into it which is really great. The camera can also capture 1080p HD videos, and they have smart video stabilization software integrated with the camera which is a good move. This slate also supports the best digital assistant in the world, Siri which was supported by iPhone 4S only.

The iPad does come with LTE connectivity apart from EV-DO, HSPA, HSPA+, DC-HSDPA and finally LTE that supports speeds up to 73Mbps. The device loads everything super-fast on 4G and handles the load very well. Apple claims iPad 3 is the device that supports most number of bands ever. It has Wi-Fi 802.11 b/g/n for continuous connectivity, which was expected by default. Fortunately, you can let your iPad 3 share your internet connection with your friends by making it a Wi-Fi hotspot. It is 9.4mm thick which is amazing and has a weight of 1.4lbs which is rather comforting.

Looking at these products makes me anticipate a new release from Apple soon as compared to Sony Xperia Z tablet and many new top end tablets, the iPad 3 (iPad with Retina Display) has somewhat outdated specs. I do not mean the specs are bad; on the contrary, I’m suggesting that other products in the high end segment have evolved faster and pushed the new iPad away from the high end segment. However, this doesn’t necessarily mean Apple has lost its prestige or usability or above all, the loyal customer base. Hence there will be people who will consider the iPad as way better than Sony Xperia Z, but if I’m to compare the specs on the paper, Sony Xperia Z definitely excels iPad. It has a better processor, a newer chipset, better display panel with IP 57 certification and better optics in a thinner and lighter outfit, and it would probably be anchored at a lesser price point than the iPad with Retina Display. So, we leave the decision on your hands to pick up what’s best for you. 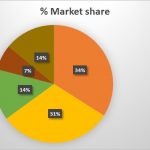 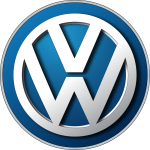 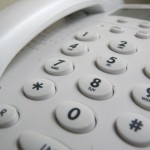 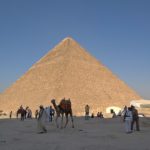