Sound and Noise are two words that are often confused as words that give the same meaning. As a matter of fact both these words are to be understood with difference.

Sound is a sensation caused in the ear by the vibration of the surrounding air or other medium. It is clearly understood from the definition that vibrations cause the sensation called the sound.

On the other hand sound arises from musical instruments too and these sounds are pleasant for that matter. Noise cab be deafening at all times whereas sounds are not deafening always.

One of the main differences between sound and noise is that sound is desired whereas noise is mostly undesired. You do not normally like to hear the noise made in a classroom whereas you would like to hear the sounds arising from the frets of a lute or a guitar.

Finally it can be said sound has a positive connation whereas noise has a negative connotation. 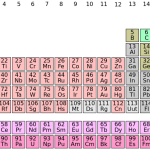