During winters, we hear more about soups and stews as both are served hot and are more or less in liquid form. Because of their similarities in appearance and ingredients, some people think of soups and stews as the same or dishes with very little differences. Sometimes, a dish may be termed soup or stew on the basis of chef’s whims. Let us find out if indeed there are any differences between these two delicious varieties of liquid dishes.

We all love our tomato soups or clear chicken soups, don’t we? As we have soups frequently during winters at home and also at restaurants, especially Chinese, we know that they are served hot and contain combinations f meats and vegetables that have been cooked in water (mostly).

Soups have a thin broth that may or may not contain ingredients in the form of chunks. Soups can even be cold at times, especially when they are made of fruits. Soups are full of flavors of the ingredients, and they are cooked until the flavor of the vegetables or the meat is extracted in the broth. Soups are classified as thick and clear, and in both types, meats or beans are cooked in a liquid and served in a bowl, to be eaten with a spoon.

Whether we are having chicken stew or lamb stew, we know that it is a food item where large chunks of meats or vegetables have been cooked in a liquid base. Stew has a broth like a soup, but it is considered a main course in a meal unlike a soup that is considered more of an appetizer.

For making a stew, instead of water, better take hard parts of the bird or the animal and boil them in water after adding onion, garlic, celery, carrots, pepper etc., or use stock. For example, one can take the wings, drumsticks, backbone and neck of the bird for making stew.

What is the difference between Soup and Stew?

• Soups are in general thinner than stews

• Clear soups are the broth that has the flavor of the ingredients after straining them. Stew is not strained before serving

• Stews are cooked slowly at a lower temperature than soups

Difference Between Muesli and Granola 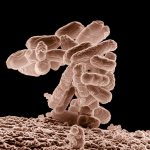 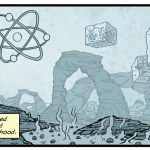 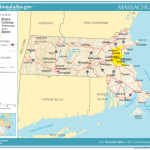