South America is a small continent comprising just 12 countries. Most part of it lies in the Southern hemisphere, and flank by Pacific Ocean on the West, and Atlantic Ocean on the Northern and Eastern sides. North America is the other half of the American Continent. It lies on the Northern side of South America; Caribbean Sea flank the continent on the North Western side. Not many people know that the origin of the word America comes from the name of the European explorer Amerigo; who pointed out first that the continent discovered by the Europeans was not India but a separate land.

Latin America is a word coined to refer to countries that together make up a region that belongs to both the Americas, where at least one of the ancient romance languages is spoken. These languages are Spanish, Portuguese and French. Most of South America and some southern regions of North America comprise Latin America. It would be better to call Latin America, not as a geographical but cultural entity, as the basis of its existence is language and not political administration or geography. In fact, Latin America is an entity formed by all those parts of America that were once a part of Spanish or Portuguese Empires. In the US, people consider all of America south of US as Latin America, though by this definition, many English speaking and Dutch speaking countries also come within the entity called Latin America. 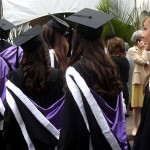 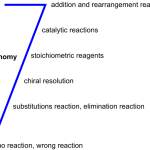 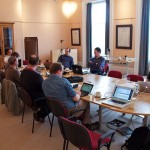