What is sp3d2 Hybridization

Let us consider an example in order to understand the sp3d2 hybridization. Ex: SF6 molecule has an octahedral shape because the 3s, 3p and 3d atomic orbitals of the sulfur atom (S) are mixed to formsp3d2 hybrid orbitals.

Figure 01: Electronic structure of sulfur atom before and after Hybridization.

As shown in the above image, the hybridization results in six unpaired electrons that can participate in chemical bonding with six fluorine atoms. Most importantly, all the atomic orbitals involved in this hybridization are in the same electron shell (in above example, it is n=3 electron shell).

Figure 02: Electronic structure of cobalt (Co) atom before and after Hybridization.

As shown in the above image, there are six empty hybrid orbitals in cobalt atom after hybridization. These empty orbitals can participate in coordination chemical bond formation with ligands (here ammonia ligands = NH3).

What are the Similarities Between sp3d2 and d2sp3 Hybridization?

What is the Difference Between sp3d2 and d2sp3 Hybridization?

Download the PDF Version of sp3d2 vs d2sp3 Hybridization

Difference Between Calories and Kilojoules

Difference Between Alkenes and Alkynes

Difference Between Actinides and Lanthanides 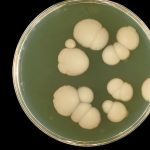 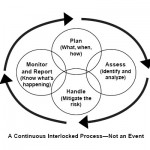