Sperm and semen are related to human reproduction. The male produces semen which has the sperm on it. Semen is the fluid which is ejaculated at the end (usually) of the sexual act of a male. Some may experience the semen is ejaculated at the on set of or middle of the act. It is called premature ejaculation. Usually after the ejaculation the male partner is in the refractory period where he cant erect the penis for about 30 minutes.

The semen is the combined product of male reproductive organs.

The sperm from testicles and the fluids from the glands altogether makes the seminal fluid. Usually it is about 2 ml at every ejaculation. The majority of the fluid is secreted by seminal vesicles and considerable amount from prostate gland. Very little amount from the bulbo urethral glands. The semen is thick fluid and can CLOT after the ejaculation. The clot liquefies in 30 minutes.

Semen is alkali and it help to neutralize the acidity of female tract.

Like blood, semen can transmits the sexual diseases especially HIV/AIDS.

Sperm is the special cell, produced by testicular seminiferous tubules. The sperm production usually takes 70 days. Sperm is haploid in number of chromosomes. ( only 23 chromosomes). It has a tail, neck and head. The tail helps to swim in the semen and the female genital tract. The neck has number of mitochondria which produces ATP power to the movement. The head has the nucleus.

Sperm production and semen production are under hormonal control. Majority of the sperm travel with the seminal fluid ejaculation. However some sperm can come out before the ejaculation.

Semen may not contain sperm in some males. In some others there may not be a seminal ejaculation. These people need immediate care from a health care professional.

Difference Between Sperm and Cervical Mucus

Difference Between Outpatient and Inpatient 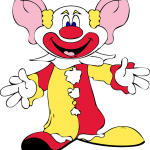 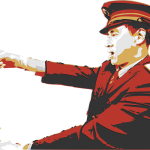 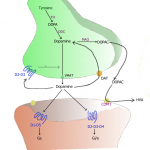