In flowering plants, microspores are found inside the pollen sac or the microsporangium. Microspores are very small, minute structures. They are almost like dust particles. Each microspore has one cell and two coats. Outermost coat is the extine, and the inner one is the intine. Extine is a tough, cutinized layer. Often it contains spinous outgrowths. Sometimes it can be smooth, as well. The intine is smooth and very thin. It is mainly made up of cellulose. The extine contains one or more thin places known as the germ pores through which the intine grows out to form the pollen tube. The pollen tube elongates through the gynoecium tissues carrying two male gametes in it.

In flowering plants, the megaspore mother cell divides meiotically forming a tetrad of four megaspores in which the upper three megaspores degenerate.

Certain bacteria produce endospores. Bacillus and Clostridium are endospore producing bacteria. Process of forming a spore is known as sporulation. Spores produced inside the bacterial cell are known as endogenous spores. Spores are differentiated cells.

Endospores may survive for millions of years. Bacterial endospore is an escape pod for bacterial DNA. These are structures of survival. These are not reproductive structures. 10 generas of endospore forming Gram positive bacilli and cocci are known of which many are pathogenic. These can be identified by staining.

Spore formation helps in bacterial classification. Location of the endospore within the mother cell varies, and it can be terminal, sub terminal or middle. During spore formation accumulation of calcium ions, synthesis of dipicolinic acid and small acid soluble spore proteins occur. A thick cortex is formed around the protoplast. Dehydration of the protoplast takes place which reduce the amount of water. Due to the low water content, enzymes become inactive. Core specific proteins tightly bind with DNA and protect it from potential damage from UV and protect it from desiccation and dry heat. It acts as a carbon and energy source for the new cell out growth.

The formation of the endospore is as follows. Vegetative cell stops growth. That is, the cell does not enlarge any more. Genetically directed changes such as synthesis of specific proteins take place in the cell. During germination, water uptake, new RNA and DNA synthesis, losing refractivity, heat resistance, calcium dipicolinate, and SASPs take place. 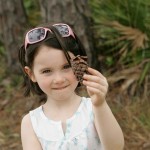 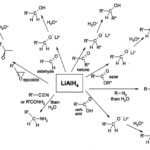 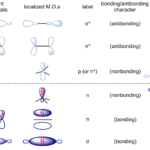