Home / Technology / IT / Database / Difference Between SQL and PL SQL

SQL has elements, sub-divided into the followings:

Queries – Retrieve data, based on specific criteria. There are few keywords which can be used in queries. (Select, From, Where, Having, Group by and order by)

e.g: SELECT * FROM table1 WHERE column1 > condition ORDER BY column2;

Expressions – That can produce either;

Tables consisting of columns and rows of data

PL/SQL program units can be defined as follows:

Functions are a collection of SQL and PL/SQL statements. Functions execute a task and should return a value to the calling environment.

Use of packages is re-using of code. Packages are groups of theoretically linked Functions, Procedures, Variable, PL/SQL table and record TYPE statements, Constants & Cursors etc… Packages usually have two parts, a specification and a body

Two advantages of packages include:

Types of variables in PL/SQL

Difference between SQL and PL/SQL

SQL is data oriented language for selecting and manipulating data but PL SQL is a procedural language to create applications.

SQL executes one statement at a time whereas in PL SQL block of code could be executed.

SQL is declarative where as PL SQL is procedural.

SQL is structured query language. In SQL various queries are used to handle the database in a simplified manner. PL/SQL is procedural language contains various types of variable, functions and procedures. SQL allows developer to issue single query or execute single insert/update/delete at a time, while PL/SQL allows writing complete program to get done several selects/inserts/updates/deletes at a time. SQL is simple data oriented language while PL/SQL programming language. 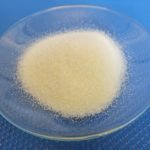 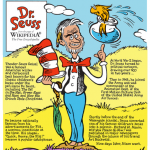