Statue and Sculpture are two words that are often confused due to the similarity in their meanings. Strictly speaking there is some difference between the two words. A statue is a large sculpture of a person or an animal. It is usually made of stone or any other metal like bronze. On the other hand, a sculpture is a work of art, and it is produced by carving stone or wood or any other material for that matter. This is the main difference between statue and sculpture. Thus, statue can be said to be a subset of sculpture.

Sculpture is a piece of art executed with creativity. On the other hand, the element of creativity is generally not found in the making of a statue. A statue can only be a replica, whereas a sculpture can be a replica and can be even a creative production. Sculpture is a fine art, whereas statue is not an aspect of fine art.

A statue thus, is very much likely to look like a person, whereas a sculpture is a creation based on pure imagination and creativity. For example, the sculpture of a religious figure need not look exactly like the figure for that matter. It can be an imaginative creation as well. Since mythological characters were never seen by people, the sculptors use their imagination to a great extent to create their images. Thus, images can be found in religious buildings. These images portray religious or mythological characters in an imaginative way.

Difference Between Sculpture and Architecture

Difference Between Sketching and Drawing

Difference Between Mannerism and Baroque Art 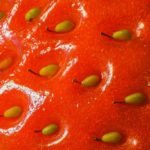 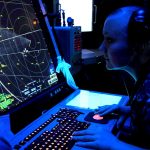