Since the old days, human beings have always been sensitive to sound. They used sounds to communicate and identify threats even before the languages were formed. After the languages were formed, sound was still used for a lot of things apart from talking. With the evolution of human beings, as well as, the technology, sound is still being used to serve various purposes. One of those well-known purposes is music or movies. Music has been there in the world for so long, but what makes it different now is that we get a record of music instead of the live performance that used to fill our minds ages back. It is this recorded sound that gives rise to the two varieties we are going to talk about today. The recorded sounds also differ where the initial recordings were in the form of gramophone discs and then the cassettes came to be. Much later in the 1990s came the CD, and with the usage of that, recorded music has been a widespread method of entertainment. It is with the invention of these Digital Media storage devices the concept of surround sound came to being. Let me talk about both of these individually before moving into a comparison.

What is Stereo Sound?

Quite simply, if you’re listening to your TV, Stereo, MP3 player or cassette player, you are enjoying stereo music. In layman’s terms, Stereo is where you only have two speakers that produce sound. These two speakers are complemented with a third sub-woofer, as well, in order to reproduce the sounds from the low bass range. Stereo sounds have been somewhat an industrial norm for almost all the music produced and most of the movies that were produced before 2000, as well. You will understand why stereo is better for the music rather than surround after we explain the concept of surround. For the same reason, movies are better with surround sound systems. Thus, most of the movies that are released nowadays are surround sound recorded.

What is Surround Sound?

The answer is fairly simple. Surround sound systems have more than 2 speakers, minimum 5 speakers to be precise. The sound systems we find as 5.7, 7.1 etc. are all surround sound systems. The home theater systems are also an example for surround sound systems. The enhancement in surround sound line is the fact that it reproduces directional sound. Further, they also give the perception of depth to sound. Let me give you an example for better understanding. Imagine you’re watching a surround sound recorded movie in a surround sound system that is been correctly setup, and you see a man emerging from one edge of the screen and walking off at the other edge. Now, in any normal or to be precise, Stereo condition, you would just hear the footsteps. But in this case, you would hear his footsteps coming towards you and then fading away to silence. In essence, surround sound means you’re surrounded by sounds and they make the movie come alive. Now you may understand why stereo is better for music since there is actually no need for directional sound in music. In fact, some people might mistake it for noise if there were to be directional music. On the other hand, the same reason makes it ideal to watch movie since everything around you comes to life and you can haven an immersed entertainment experience.

One needs to decide what they want with their sound system before deciding on whether to get a surround sound system or a stereo sound system. But most of the time, it may well be a surround system you look for because almost all of the time, people have stereo sets with them and use that to listen to music. Therefore, if you are trying to locate a sound system to hook up with your TV or DVD player, surround sound system is what you might be looking for. But you need to be warned that surround sound systems doesn’t play stereo music very well. The technique they use is to play them on the front two speakers, but they aren’t designed to play stereo music and the difference in the quality of music is notable. On the other hand, the vice versa is a failure because Stereo Sound systems cannot play Surround Sound. It is worthwhile mentioning that there are certain enhanced surround sound systems that can play good quality stereo music as well, but these systems are complex and thus very expensive. Another thing you have to worry about is, whether your TV or DVD Player, or whatever the player you’re going to hook up to your surround sound system supports decoding of surround sound. If this isn’t the case, you may as well end up with a Stereo Sound System. I almost forgot to mention one of the most important things. Say you invested in a Surround Sound system, and since you have five speakers, you place them two on the right and two on the left and one in the middle. Well, if you did that, don’t scold us for giving you false hope for directional sound, as you are not going to get it that way. The placement of the speakers should be according to the manual, and most of the five speaker systems ask you to place two speakers at the front, two at the back and one in the middle. Therefore, make sure you place your speakers as instructed in the manual and get ready to enjoy a movie coming to life. That been said, I still haven’t heard a Surround Sound system that can beat Stereo Sound system to play music, and I’m sure that the gap will be bridged; but till then, Surround Sound will not be a multipurpose system.

Difference Between Kelvin and Celsius

Difference Between Instantaneous and Average Velocity

Difference Between Redshift and Doppler Effect 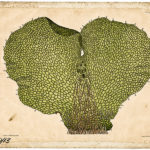