Stout and Porter are two varieties of beer that have confused beer enthusiasts the world over for the last many decades, and no one seems to have an exact answer to this question. Both beer types are dark in color, and similar in taste prompting many to equate both beer types. But there are beer enthusiasts and connoisseurs who feel that stout beer is a bit stronger and mightier than porter beer. Let us take a closer look to see the difference between both.

Porter is a dark beer that is being produced for the last four centuries, but got its name because it was liked much by the porters on Thames River and streets of London. Porters were brewed from dark malts giving them their distinct color. Before porter arrived, beers in London were all freshly brewed, and Porter became the first beer that was aged by the brewery that made it. Porter beers became hugely successful among the porters of the city because they were not just dark in color, but also very strong when compare with beers made today. Porters were a rage during WW I and II, but slowly went out of favor. However, since the turn of the century, many companies have started to make Porter beer once again and today London Porter made by Fuller is hugely successful. Today, porter beers are available in many flavors such as bourbon, honey, pumpkin, vanilla, and chocolate.

There are many types of stout beers available in the market with the most popular ones being Irish stout, Imperial stout, Milk stout, chocolate stout, coffee stout, Oatmeal stout, etc.

Difference Between Ale and Lager 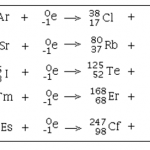 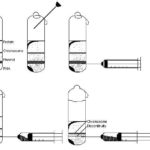