Sugar, which is known to be sweet in taste, is a common term used to address sucrose. Sucrose is the common sugar we use, which is known as table sugar.  It is in crystalline form and is a carbohydrate. It is actually a disaccharide.  This is the most widely occurring disaccharide. It is found in all photosynthetic plants and obtained commercially from sugar cane or sugar beets. Molecular formula of sucrose is C12H22O11. It is made up of the combination of a glucose and a fructose through a glycosidic linkage. Glucose is a monosaccharide that contains six carbon atoms and an aldehyde group. Therefore, it is a hexose and an aldose. It has four hydroxyl groups and has the following structure.

Fructose has the following structure. It is a hexose sugar. Further, it has a keto group, thus known as a ketose.

As glucose, fructose also has a simple monosaccharide structure with the chemical formula C6H12O6. When forming the ring, fructose forms a five member ring, which is a hemiketal. So when the ring structures of glucose and fructose join to form sucrose it has the following structure.

Sucrose is highly soluble in water. Under acidic conditions, it will hydrolyze and yield glucose and fructose molecules. Sucrose is a non-reducing sugar. Therefore, it gives negative tests with Benedict’s and Tollen’s solutions. However, if sucrose it treated with an acid and then checked with these reagents they will give positive results. In the presence, Brazil is producing the most amount of sugar in the world. Sugar is mainly used for food industry. In the body, the consumed sucrose is converted to glucose a fructose before absorption. The level of sugar in our diet has a direct impact on blood sugar level. Sugar level in human blood is regulated by homeostasis mechanism. Insulin and glucagon hormones are involved in the mechanism. When there is high glucose level in blood, it is called a diabetic condition.

Sugar alcohol is where the carbonyl group of a carbohydrate is reduced to an alcohol.  This is also known as a polyol or polyalcohol due to the number of hydroxyl groups present in it. Sugar alcohol is a hydrogenated form of carbohydrate. Sorbitol, glycerol, ribitol, xylitol, and mannitol are some of the examples for sugar alcohols. Sugar alcohols are often used as food additives. They are used instead of sugar. 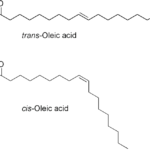