The aquatic birds, swan and duck have been classified in the same group (Family: Anatidae) because of many similarities shared between them. Both swan and duck have dense plumage, shorter legs, and straight bills. Both are monogamous (mate only with one partner) however, some of those pair bonds last only a couple of mating seasons. Diversity and distribution are different between these two. Therefore, morphological and behavioural similarities and dissimilarities between swan and duck are important to discuss.

There is only one genus (Cygnus) of swan with seven different species. An adult male is called as a cob, while pen is referred to be a female. Swans are the largest members in the Family: Anatidae in terms of body size and weight. Their wingspan is more than three metres with a length between neck and base of tail measures over 1.5 metres. The body weight could go as high as 15 kilograms, which is a massive weight for a flying bird. They have a long neck, which is easily one of the prominent characters to distinguish them from other wetland birds. Both pens and cobs in the same species have the same plumage. Additionally, the plumage patterns are simple but, the colours vary from black to pure white. Many of the Northern hemispheric species have pure white plumages (e.g. mute swan) while Southern hemispheric species are mostly black (Black swan in Australia). Swans are herbivorous most of the times but, omnivorous instances are also there depending on the abundance of food. Many of them are migratory and some migrate partially. They are mainly pair bonded or monogamous for the entire life but, sometimes the separations are also possible. Before mating, cob helps in making the nest but, incubation is mainly done by the pen. Sometimes, there are temporarily unattended eggs among all Anatidae members.

Ducks are the mostly diversified group of this family with over 120 different species in many genera. Drake is referred as an adult male while a female is known as a duck. In terms of body size, ducks are the smallest in the family. Domestic breeds are larger (maximum up to 30 centimetres long from neck to tail) than the wild species. The neck of ducks is the shortest among the members of Famly: Anatidae. They have many attractive combinations of colours. Ducks are omnivorous feeders and some are filter feeders, whose bills have pectin (comb-like processes) to filter their feed. Filter feeders (e.g. Dabbling duck) inhabit the surface of water while the diving ducks can forage under water. Ducks are also monogamous but, the pair bond last only for one or few seasons only. They breed in the nest, which was built without the help from the drakes. Temperate and Northern hemispheric species are migratory while, tropical inhabitants do not migrate. Some nomadic species are present, especially in the ponds in Australian deserts, where the rainfall is low.

What is the difference between Swan and Duck?

The most contrasting feature is that, swan is larger, and has a longer characteristic neck whereas, ducks are smaller with shorter necks. Diversity is very high among ducks than the swans. Food habits are also more diversified in ducks. Swans are pair bonded for the entire life with a very limited instances of ‘divorces’ while, ducks are monogamous only for a coupe of mating seasons.

Difference Between Dove and Hawk 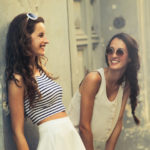 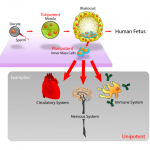 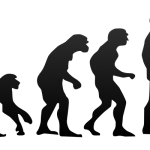