Disease, illness, syndrome, disorder are some words that are hard to ignore if we are discussing health. Syndrome and disease are two words that have a clear difference in the meaning.

What is a Syndrome?

What is a Disease?

A disease is an abnormality in the normal functioning of the body which is indicated by certain symptoms triggered by a specific cause. Some diseases are grouped into major classes of diseases such as auto-immune diseases. There are many classifications for diseases. In one classification, diseases are divided into 4 main classes as pathogenic diseases, physiological diseases, hereditary diseases, and deficiency diseases. Diseases are also classified as communicable and non-communicable diseases. The characteristic feature of diseases with respect to syndrome is that it has a specific cause, a specific set of symptoms, and consistent change in anatomy.

What is the difference between Syndrome and Disease?

• Syndrome is a set of symptoms occurring altogether, but the disease is an abnormality in normal functioning of the body.

• Syndrome does not have a specified cause, but a disease does.

• A Syndrome may indicate a disease or even a combination of diseases.

• Two or more different diseases may cause the same syndrome.

• Treating a syndrome is symptomatic but treating a disease allows treating the underlying cause because it is known.

Difference Between Virus and Disease

Difference Between Disease and Illness

Difference Between Legal and Illegal Drugs 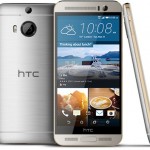 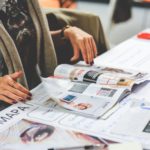